Dwight Schar’s net worth is probably around $800 million. Part of his net worth is based on his shares in Dan Snyder‘s Washington Football team where he’s accused of being a “gangster” and using, what would seem to many, illegal underworld type of activity.

Is Randall Greene Buying Defamation On The Web For Dwight Schar?

Don Juravin was extorted by an Indian SEO company that is now involved with Randall Greene and his “RG Developments & Investments” and “Bella Collina Partners” companies. Randall Greene is actually getting his passive and active orders from Paul Simonson who “understands” Dwight Schar.

In approaching that Indian person, Randall Greene, and anyone involved already committed tortious interference violation but their real goal is to pay that Indian guy for presumably SEO services which will include hurting or damaging Don Juravin and his businesses.

Mr. Juravin says he will from now on assume that any negative and defamation is the act of Dwight Schar, Randall Greene, and the Indian guy which will be reported to the Indian police and the FBI.

Dwight Schar’s partner made it very clear that nothing is done without the approval, or “understanding,” of the big boss Dwight Schar.

A business partner described Randall Greene as a “joke” and as a failed businessman that aside from being an employee controlled by Dwight Schar for possibly shady activity, has nothing more going on for him. Dwight Schar has no choice but to rely on Randall Greene’s “unique services” that may be legally questionable. One of those services would be spearing Dwight Schar’s opponents on the web like attorney Tim McCullough, Anna Juravin, and Don Juravin and his business.

Don Juravin speculates that Paul Simonson is also using attorney James Ryan for questionable or possibly unethical activity. Attorney James Ryan does it for the good money paid to him mainly from the POA controlled by Dwight Schar. But that check was paid for by the failed and troubled Bella Collina community.

Don Juravin, a mentor and a Biblical scholar, who sued Dwight Schar for his abusive behavior, insists that Dwight Schar is fully responsible for everything in Bella Collina and the actions of the people he pays for or controls, directly, or indirectly.

Dwight Schar has engaged in possibly illegal activity and he should be held responsible for it, says Don Juravin.

Don Juravin says that he has no choice but to assemble all the evidence of the extortion, web defamation, and the link of Randall Greene to the Indian SEO specialist. “There is no question that Randall Greene only acts for Paul Simonson who answers to Dwight Schar,” says Don Juravin.

These accusations seem similar to those expressed by Dan Snyder‘s legal team.

Without Paul Simoson‘s permission, Randall Greene would not have committed all those despicable acts like blocking the school bus to a mother and her kid in Bella Collina or the intimidation and harassment of Anna Juravin and her three daughters. Paul Simonson would not have let it happen if Dwight Schar would have not ordered him to act unethically or simply allowed it by not preventing it.

Dwight Schar Has Already Been Accused Of Using  “GANGSTER” Tactics

Washington Football Team owner Daniel Snyder accused his partner Dwight Schar of acting like “a gangster,” while also accusing all three of the limited partners he is in legal warfare with of deliberately smearing him in an effort to force him to sell the team, in a blockbuster court filing.

In newly unsealed, though redacted, filing from last month in the lawsuit with his partners, Snyder accuses them of orchestrating articles in an India-based website that, without evidence, linked him to sex trafficking, and of being the sources for the high profile Washington Post story about sexual harassment at the team.

His legal dispute with his three principal limited partners – Schar, Robert Rothman, and Fred Smith – has been clear for over a month: they want to jointly sell their combined 40 percent stake, and Snyder won’t agree to the transaction. But how vitriolic and angry the dispute becomes clear in the wave of filings unsealed by the federal court Friday.

One of the unsealed documents is a text from the three limited partners’ adviser, John Moag, to Snyder. The text insinuates Moag knows something awful about Snyder.

“Hey Dan – My lawyers sent me your filing in which you are representing yourself…,” Moag wrote in the text, the date of which is not given in the filing. “If you continue your game, you know what I know about and what I have never spoken about. And you know it has nothing to do with the media shit … it’s the more serious shit. “If you want to get to a clean conclusion, let me know. If you want a shit show, we are on for that too.  John” 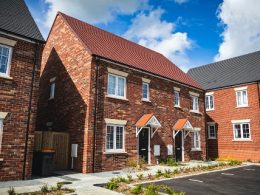 Local Search Conveyancing Solicitors Finder If you are buying, selling or remortgaging UK property then you may want…
byCharlotte Welton
No comments 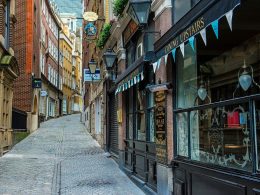 There’s no doubt that the past 18 months have been challenging for all retailers. Many well-established businesses have…
byCharlotte Welton
No comments 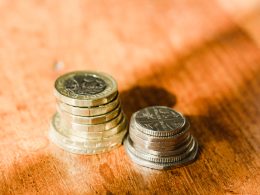 Pay Rise For ASDA Staff After Campaign by GMB

Following pressure from GMB Union members who have been campaigning hard to get Asda bosses to deliver, from…
byCharlotte Welton
No comments 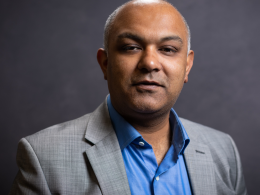