You might think that homeless charities’ main objective is to put a roof over the heads of those who have nowhere to live, but that is only part of the work that they do.

Look at it this way; a charity concerned with a health issue will not only make sure people suffering from that condition get help, they will also raise funds to help find a cure.

Similarly, today’s homeless charities might find a person a bed in a hostel but they are also seeking ways to put an end to homelessness because, let’s face it, nobody should ever be without a place they can call their own.

Many homeless charities work on different levels, and the most urgent will be providing people with accommodation and advice about housing issues.

They may do this in several ways; online, over the phone, or through supporting people in person.

One example is finding those that are at risk of eviction free legal representation.

However, they’ll also be working on campaigns and strategies to understand the problem and lobby for change.

They’ll work in communities to understand issue firsthand, and run national campaigns in an attempt to influence public policy.

What is it exactly that Centrepoint does?

Centrepoint is one charity that has pledged to end youth homelessness in 2037.

It not only works with young people who are without their own home, but focuses on areas of policy including housing, family and health.

When people are homeless, there is usually a cause.

They may be suffering from addiction, mental health issues, family breakdown or abuse, and these are all things that need to be addressed to help the young person move on with their lives.

Centrepoint also campaigns to ensure homeless young people are getting the right support when it comes to their benefits and personal finance, education, skills and employment opportunities.

It provides psychotherapy, help with things like substance abuse, advise on nutrition, and how to build healthy relationships.

It encourages young people reach their potential by coaching them for job interviews, getting them into apprenticeships and funding higher education, teach them life skills, and finally support them as they move on.

But it is the critical lack of social housing which has meant that for many young people, the prospect of moving on looks slender.

Because many start out in low paid apprenticeships, or jobs, they struggle to find homes they can afford.

That is why Centrepoint has launched a radical initiative to solve the problem by building affordable housing themselves.

The plan is to build 33 single occupancy modular homes for young people through a scheme that was recently given the green light by Southwark Council – just the start of a programme that will be rolled out across areas in the UK.

This modular housing scheme is the first of what will become permanent long-term solutions to address the homeless crisis.

As accommodation in big cities, especially London, becomes out of reach of the person on an apprenticeship or making a minimum wage, these modular homes are a lifeline.

And, once a young person makes the move from temporary accommodation at Centrepoint into their own home, the accommodation they were occupying is then freed up for someone on the streets to take also has two new board members: British entrepreneur and investor, Javad Marandi OBE, and financier Jamie Reuben, to raise the charity’s profile and offer their creative thinking and expertise.

What is Centrepoint doing to provide affordable housing in Peckham?

The new single-occupancy homes for young people, mentioned above, will be built in Peckham on the site of eight old apartment blocks.

The scheme aims to give 300 young people a home and entry-level or apprenticeship roles that lead to full-time employment.

It’s all about providing affordable housing for those young people who are ready to move on but basically can’t afford the accommodation to be able to do so. 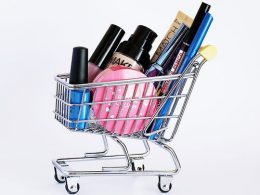 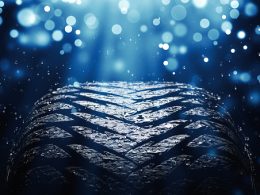 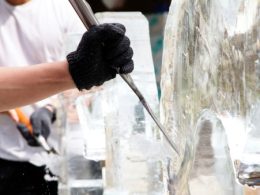