Attorney Amber Robinson (St. Petersburg, Florida), with Florida Bar number 107215, sells her services everywhere she can, including sites that offer Indian labor at $3 per hour or on sites that sell plumbing and cleaning services. She also sells bookkeeping, tax services, and many other services. Robinson’s site can easily be misleading or deceitful to a potential client. Despite her very young career, she claims expertise in many legal fields.

It’s not easy following up on attorney Amber Robinson‘s multiple entities as she seems to dismiss what appears to be real, negative, and honest client reviews on Google Reviews. She seems not to recognize and ignore negative reviews of angry clients as if they didn’t buy services from her the “Robinson Law Office PLLC.” Clients and reviews claim that attorney Amber Robinson allegedly took their money, disappeared and/or badly represented them in court. Since Amber Robinson is a sole practitioner, one can get confused or feel scammed by this legal entity game.

Google Reviews lists her as:

Then, there is the Amber Robinson Esq. the attorney who signs for herself.

What we found out is that, in one form or another, using different terms, clients feel scammed by the Amber Robinson, the person and the lawyer. Clients placed ranging from painful to outrageous reviews against Amber Robinson way of legal conduct:

Though sweet to begin with, she hardly ever listened, and an innocent six-year-old girl has paid the price. Family law is not her area of expertise at all. This lawyer was unprepared, unorganized and allowed my child to go through numerous counts of abuse at her not being knowledgeable or considering our knowledge of the person abusing my child. The lawyer is not presenting well in court and had meetings with the opposing party behind our back. Years later, my daughter has to fight unnecessary fights as her father is still abusing her after being allowed visitation due to lack of representation in court on behalf of this attorney. My daughter was kidnapped, molested, locked in closets, beat, malnourished, and left in the care of strangers numerous times. This lawyer refused at every opportunity to put these things in writing and court and submit them to a judge. She did not fight for my child or herself when battered and treated unprofessionally in and out of court. I hope that she fights for you!

After our last mediation, I had a dream she would run away like a cobra snake. Everything is godlike. Jesus said that what I was shown. She took my 600 and never called me back. And now I have to start all over with another attorney. Up to you to choose this lady. Just my lesson

I read another negative review on the web where attorney Amber Robinson seems to expose a client’s name or details after a bad review.

I’m still waiting for the final legal product for the tens or hundreds of hours that I paid for. It feels like attorney Amber Robinson and partner Ralph Strzalkowski just took the money and will not provide the results.

UPDATE 2: Attorney Amber Robinson has not completed her legal tasks for which she was paid, and I feel scammed by attorney Robinson. She knows me.

This review is on behalf of the MCO company, which attorney Amber Robinson poorly represented.

Simply BAD experience!! I wish I could reveal more. Be careful with your money. There are more competent attorneys than this one. It seems like this attorney doesn’t recognize her clients or plays a game hiding behind company names.

This law firm is a scam. They scammed my friend on Upwork. They scammed a person for 600 and never called them back. While on one case, this lady Attorney Amber Robinson took bribes from the opposing party and ruined the case of a six-year-old child.

I would not recommend this attorney at all. Still, if you want to be scammed, go ahead and hire them.

A client complained on the BBB site

Amber Robinson was retained by myself to file a case to establish a Parenting Plan/Time-sharing Modification. She was paid the retainer fee in July of 2018. Amber Robinson guaranteed that the case would be quickly resolved as it was relatively easy and that they handled it on a regular basis. Nothing was filed nor received for over six months. In January 2019, I requested a refund. At this point, I was told that the paperwork is ready to be filed and that I needed to pay additional money for filing fees. I requested a detailed invoice outlining what the initial retainer was spent on and why there is a need for extra cash. I did not receive an invoice but was told that the money was spent to prepare the documents. At this point, I asked for what was prepared and was told that the Attorney’s signatures would need to be redacted at an additional cost. After going back and forth about this, a package was finally sent in February. The forms were incomplete, and all the information was incorrect on the forms. The documents appeared to have merely been printed off the website, and no work was done. At this point, I asked again for a detailed invoice of what the money was spent to prepare. To date, I am yet to receive an invoice nor any communication of a refund.

(The consumer indicated he/she DID NOT accept the response from the business.) I’m not sure if the lawyer herself or if the assistant responded to this complaint. But I only spoke with the lawyer one time in 7 mo. First, I’d like to address all the false statements given by whoever replied to the complaint. First off, neither the lawyer nor her staff reached out to me, not by phone nor by email. I sent back an “intake” form, which had all requested information at the time. No additional information was asked for regarding my case outside of the so-called “intake” form. I obtained this lawyer’s office for a simple parenting plan. I made my retainer payment in July which I still have the emailed receipt. Furthermore, I didn’t have a child support issue that emerged while they represented me. In addition to that, I noticed the reply stated that I was assisted with that child support issue that didn’t exist. And if they could give dates with details of when that occurred, that would be greatly appreciated. But it never occurred. Because she was taking so long on my case and I had to keep calling and emailing them, I went to the child support office myself and filed for a modification. This lawyer has no honesty or integrity. I have emails that contradict the claims that I didn’t feel out information and the multiple time my wife or I tried to reach Ms. Robinson‘s office at no prevail. I also notice that Ms. Robinson or her staff wrote that they took hours to “prepare” documents. But when I asked them to send me what they had prepared for the case to begin. They sent me blanks documents printed from http://www.flcourts.org/content/download/XXXXXX/XXXXXXX/995a.pdf. Anyone can download documents from this public website, which I did, and it took me all of 5min. And I compared it to what they sent me, and it was a carbon copy. The retainer I paid was for documents to be prepared to file with the courts, not an incomplete piece of paper printed from a public website. They added information I never sent to them to the form. The entire process was a mess, and I didn’t get anything promised during our consultation. So I made my retainer payment in July. And I still don’t have what was supposed to have been prepared. Basically, I paid them a retainer to print copies of parenting/visitation forms and send them out to be blank. I’ve requested an itemized bill in which I still haven’t seen. Nothing in their response was either accurate or true, and I have the documents to prove it. If I need to upload the saved emails, I would be more than happy to. Thanks. Respectfully ***** ****** 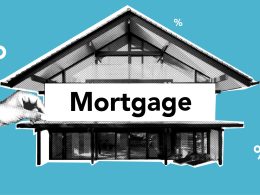 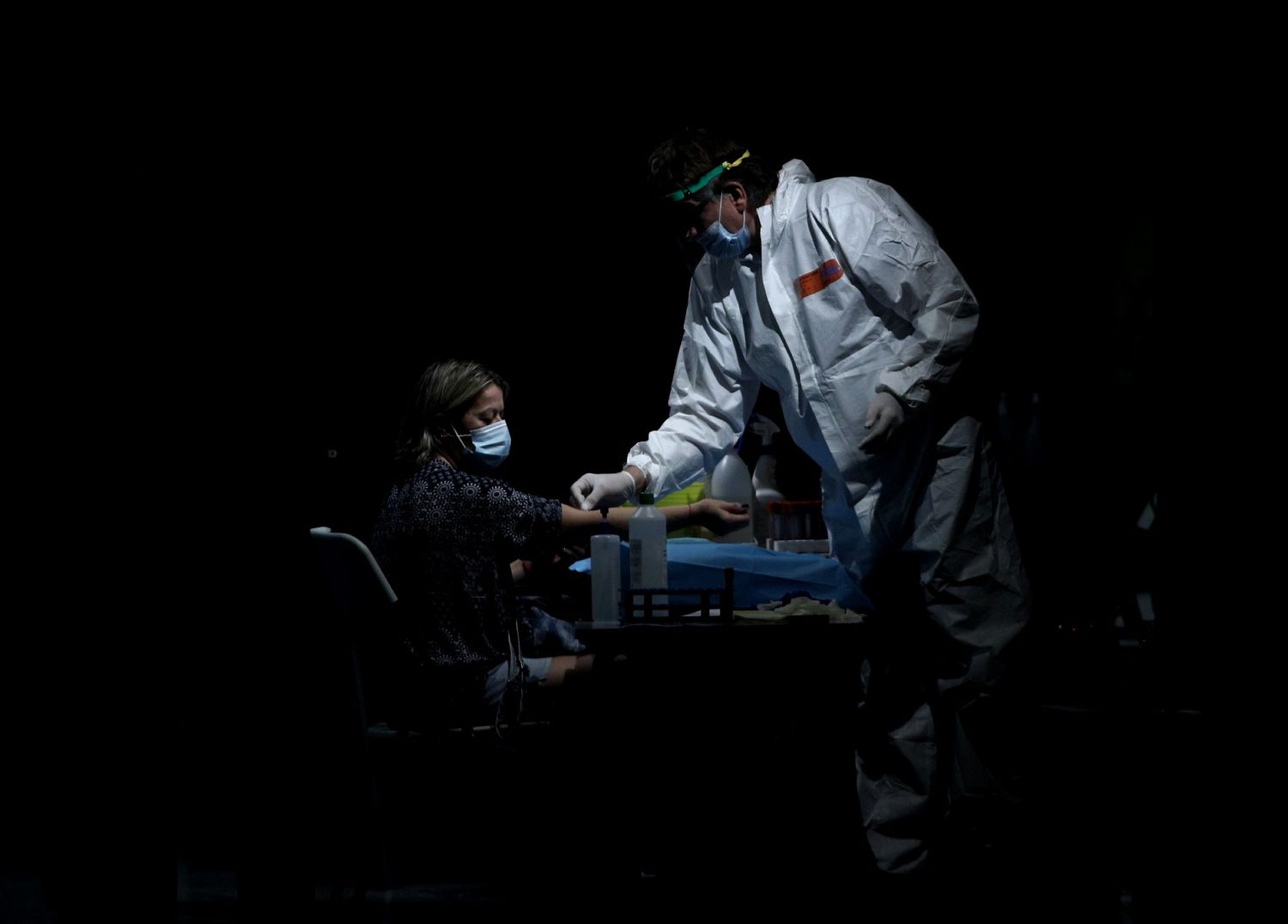 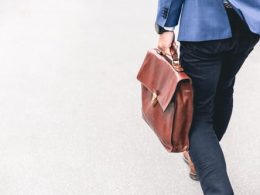