Elevating the Importance of the Early Years

Mums and dads everywhere will recognise the importance of the first few years of their child’s life. The first steps, first words, first days of school – throughout these early years, you’re bound to be fascinated by your child’s progress and development However, as the Duchess of Cambridge Kate Middleton pointed out in her recent keynote speech,you don’t have to be a parent to appreciate the importance of the early years.

The Duchess of Cambridge has been interested in the early stages of children’s development for many years and her passion for the subject led to her to begin the campaign, 5 Big Questions. This campaign worked to open up the conversation about the importance of the early years and, in doing so, turned out some interesting results. The results of the nationwide survey make it clear that parents need more support than ever during these important early stages of childhood development.

Why the early years count

From the research gathered by 5 Big Questions, it was revealed that 98 per cent of people believe that nurture is essential to positive lifelong outcomes. Yet, just one in four recognize the specific importance of the first five years of a child’s life.

We all know, at least, that young children are exceptional learners. Think of how they pick up language, for example, compared with the difficulty many adults experience when trying to learn a second language. In these early years, children absorb the world around them, learning and adapting at an incredible pace.

According to the Education State, the early years are “a time when the brain develops and much of its ‘wiring’ is laid down.” The same report goes onto say that “the experiences and relationships a child has, plus nutrition and health, can actually affect this enormously. Positive experiences help the brain to develop in healthy ways. Seriously negative experiences such as neglect and abuse, on the other hand, affect brain development in more harmful ways, and contribute to emotional and behavioural problems later in life.”

Evidently, these first few years are of the utmost importance and the more support we can get for young children and the parents helping to raise them, the better.

As the Duchess of Cambridge pointed out, “parenthood isn’t a prerequisite for understanding the importance of the early years.” In her speech, she goes on to explain that if we only take an interest in the early years when we become a parent, we are probably already too late. Before trying to raise children, we first need to understand the importance that wider communities can play both in positively impacting children’s formative years and offering new parents some support. After all, the focus should be on raising a healthy and happy generation of children, and that relies on many factors outside the direct control of the parents.

In the survey responses from 5 Big Questions, it became clear that, thankfully, community support for parents had substantially increased during the COVID-19 pandemic in many regions. However, sadly the same could not be said for new parents living in the most deprived areas of the UK. Although 40 per cent of respondents felt that community support had grown, only 33 per cent in deprived areas felt the same.

For the sake both of these vital early years of a child’s life and their parents’ wellbeing, a wider understanding and appreciation of the early years is needed, so support can be accessed by everyone equally.

Feelings of isolation in parenthood

Parenthood can be hard. From the moment you find out you’re pregnant to checking the final hospital bag checklist before the dash to the hospital, to giving birth and holding a new little life in your arms. After all this, there’s the pressure of navigating those all-important early years and making sure that your child has the support that they need to grow into a happy, healthy, and well-adjusted young adult. All in all, it’s not an easy task!

In addition to this, a shocking 70 per cent of parents admitted that they feel judged by other parents. A further 63 per cent said that they’d experienced loneliness throughout the past few months.

Clearly, even when parents know that their mental health can have a big impact on the crucial early years of their children’s lives, they do not feel able to access the resources they need or take a much-deserved break to look after themselves.

The early years are of vital importance for the healthy socialisation of children. Hopefully, projects and passion-driven campaigns such as 5 Big Questions will work to change the way we think about this stage of life, with more of a community-driven effort and more support for new parents who are feeling lost and isolated. 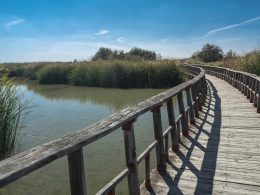 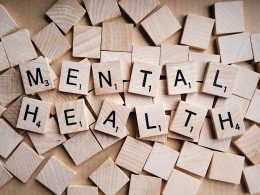 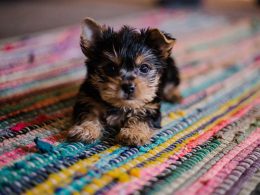 Top Things to Consider Before Buying a Dog

Before taking the leap and welcoming a new canine companion into your home, you must first consider the…
byCharlotte Welton 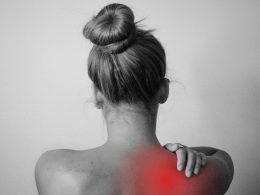 The Rising Problem of UK Back Pain: How to Stop Breaking our Backs with Bad Form

Back pain is sweeping the nation; Google searches for ‘back pain’ in 2021 have increased their search power…
byCharlotte Welton