Skechers (SKH) is an American manufacturer of affordable, and comfortable footwear. The company’s products are sold in 180 countries around the world and as of 2021, had 4,306 Skechers stores worldwide. In fact, the international market is Skechers highest growth category and represents over half of their total business.

Recently, Sketchers consolidated its position in the Philippine market, expanded its international business and customer base, started a share buyback programme, and entered the metaverse. The company has been one to take part in the gradual recovery of the market after the events of late February 2022.

Our analysts believe that Skechers’ shares were severely undervalued during the general market decline at the end of February. Geopolitical risks should not affect the company significantly due to the geographical diversification of the business, making Sketchers an interesting investment opportunity for high-risk investors during the next 3-6 months.

Reasons for the increase in Skechers Growth Potential

The company announced in late December that it had transferred its operations in the Philippines from a third-party distributor to Skechers USA Philippines Inc. to maximise the brand’s growth prospects in the region. According to the company’s chief operating officer, the Philippines has the potential to be a key market in Southeast Asia for Skechers. Despite the country’s size, the Philippines has a population of more than 100 million potential customers.

Additionally, investments aimed at integrating in-store and digital ecosystems to create a seamless omnichannel experience, as well as expanding the list of endorsers, which already includes representatives from many popular sports, can help to attract new customers.

In early March 2022, Skechers announced that it had signed a lease in Decentraland, a decentralised virtual reality platform with approximately 300,000 monthly users.

From 24 to 27 March 2022, the virtual reality platform Decentraland successfully hosted a 100% digital fashion week, with participants including Dolce&Gabbana, Etro, Estée Lauder, Tommy Hilfiger and Skechers. Participation in such events helps to attract new customers and build brand awareness. What’s more, Skechers has recently filed trademark applications worldwide to sell virtual goods such as shoes and clothing, laying the groundwork for new growth opportunities in the Metaverse. This could play a positive role in the company’s value growth should the Metaverse continue to develop.

Skechers U.S.A. Inc.’s recent decision to launch a buyback programme has boosted the stock’s appeal. The company will buy back up to $500 million of ordinary shares under the programme, which is 8% of current market capitalisation. The buyback programme is approved from 31 January 2022 and will run for three years.

When companies buy back shares, they are essentially reducing the assets on their balance sheet and increasing profitability. Similarly, by reducing the number of shares outstanding and maintaining the same level of profitability, earnings per share will increase.

It is important to note that a month before this decision was made, investors wrote to the company’s management asking them to initiate a share buyback programme and a dividend pay-out programme. Since the company has listened to investors about the buyback programme, there is a possibility that different dividend programmes could be considered at the management level. If Skechers starts paying dividends, the share price will increase by broadening its investor base.

The upside potential for Skechers’ shares amid the market calming can be assessed by looking at the 52-week range of $33.50-$55.87 (£25.66-£42.79). The fact that Skechers is reinvesting profits to increase and expand its operational capacity, including by outperforming its main competitors, adds further resilience to the company. For example, Skechers earnings before interest, taxes, depreciation, and amortization (EBITDA) growth was at 166.8%, significantly larger than its competitors, with Adidas AG at 110.3%, and Puma SE at 107.1%.

In terms of assets, Skechers has $895 million (£685.5m) under their cash and short-term investments, with liabilities and equity, they have $342 million (£262m) in debt, considering that 62% of the debt is covered by operating cash flow, we can conclude that the company has sufficient funds not only to service its current debts but also for thew actives mentioned earlier, which are predictive of the company’s value growth.

With these positive financial indicators, as well as many others, our analysts believe that within 3-6 months, Skechers growth potential could increase by 26.2%, making it an optimal choice for high-risk investors. With the stock’s entry price being at $41.19 (£31.54), we think the target price will be around $52 (£39.82). Other investment houses have made similar predictions on the target price for Skechers, with Morgan Stanley as of April this year stating the target price could be $67 (£51.30), or William Trading estimating $55 (£42.11). 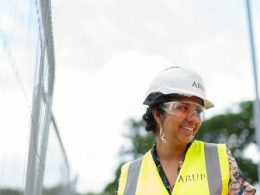 Fighting the Gender Gap in UK Construction and Engineering

Evidence of a gender imbalance in the UK construction industry should come as no surprise to anyone, even…
byCharlotte Welton
No comments 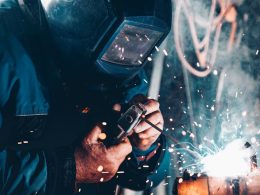 Do you have aspirations of being an engineering leader? Many engineering professionals are ambitious types that want to…
byClaire James
No comments 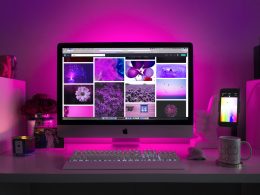 How the Psychology of Colour Affects Website Conversion Rates

How many times have you heard the expression “Don’t judge a book by its cover?” And yet, when…
byCharlotte Welton
No comments