The Good Old Days: Taking on the Outdoors With Your Kids

When we think about the good old days of our childhood, images of playing outside for hours on end with our friends, begging our parents to stay outside for an extra half hour, and getting our children’s raincoats muddy without caring all spring to mind. Nowadays, technology plays a significant role in our children’s everyday lives, making their experiences different to ours. Although mobile phones, game consoles, and the internet allow them to entertain themselves for hours on end, spending time outdoors and socialising with their friends in person is very important.

With this said, why not teach your kids some of the games you enjoyed as a child? From tag to skipping rope games and crack the egg, we take a look back at the good old days and reminisce about the games that made our childhood that extra bit special.

Probably one of the most universally loved games, hide and seek was the go-to outdoor game to play for most of us as children. Although hide and seek has a basic concept—one person closes their eyes and counts to ten whilst the other people playing the game hide—this is one nostalgic game that kept us entertained for hours on end.

You might remember this best from P.E. lessons or sports days. Capture the flag was one of the best and most competitive games from our childhood. Split between two teams, the players think of tactical ways to enter their opposing team’s zones and do as the name of the game suggests—capture the flag (or beanbag, stick, sock—anything really!)

The first person to capture the flag wins for their team! If they get tagged by one of the opposition players, however, a forfeit must be done—usually 5 star jumps or push ups—before returning back to their own zone and starting again.

Who would have thought a piece of rope would be all you need to make an entire game? From single skipping ropes to double skipping ropes and jumping to old nursery rhymes such as Teddy Bear, Teddy Bear, competing against our friends for who can skip the longest never got old.

Despite the odd-sounding name, pooh sticks is another basic yet competitive game we all enjoyed. Whether it was played with our friends, grandparents, or siblings, this game is something for all ages to take part in. The game was simple—to each throw a stick over a bridge and see whose floats down the river to the other side of the bridge the fastest.

There are an endless number of games to play with marbles, but probably the most common one to be passed down through the generations involved a circle, marbles of course, and accuracy. The players had to draw a circle and place the marbles in the centre, usually in an ‘X’ shape. Then, with the spare marbles, each player must flick or role a marble towards the marbles in the circle and try knocking one out. If they do so, they get a point!

Another classic game is hopscotch, which triggers nostalgia for many of us adults. By drawing the classic hopscotch diagram on the ground with chalk and throwing a bean bag on a particular number square, hours of fun can be achieved. By jumping with one leg, then two, then repeating this process the further up the diagram you jump, you have yet another fun and basic game to pass on to your children.

Like hide and seek, blockie was the next best thing when it came to outdoor games. One person, the seeker, had to close their eyes and count whilst the other players hid. Then, once the coast was clear, the hiders had to race back to the post without being spotted by the seeker. If they got to the post and shouted “I block (name) 123”before being tagged by the seeker, then they win!

For another similar alternative to blockie, cops and robbers was a popular favourite with the same concept—with the hiders being robbers, the seekers being the cops, and the post being jail!

For a more recent childhood game that was invented when garden trampolines become popular, crack the egg was the ultimate game to play with friends. it involved one person curled up in a ball in the centre of the trampoline acting as the ‘egg’, while the other people bounced around them. The aim of the game was to see how long the person could stay in a ball for. Whoever was the one to ‘break the egg’ would be it in the next game!

There are probably a variety of other games that you used to play as a child too—some that were unique to your neighbourhood and childhood friends. To help encourage the generations after us to put the controller down and play outside, teach them some of your old, nostalgic favourites from when you were a youngster! 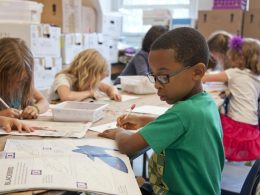 Elevating the Importance of the Early Years

Mums and dads everywhere will recognise the importance of the first few years of their child’s life. The…
byCharlotte Welton
No comments 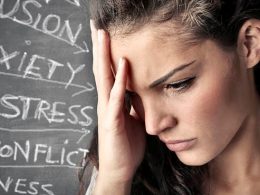 How To Deal With Stress During COVID-19 Pandemic

Social distancing and teleworking due to the Covid-19 pandemic have increased stress and depression among people worldwide. In…
byCharlotte Welton
No comments 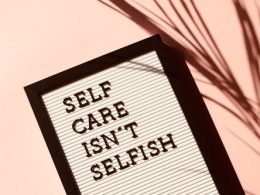 Wecasa expands into the UK offering wellness, beauty and home care services straight to your door in London,…
byCharlotte Welton
No comments 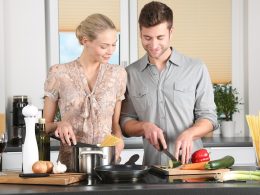 The Perfect Storm: The Impact the Pandemic Has Had on Relationships

For couples everywhere, the pandemic has proved to be a huge challenge. During the past year and a…
byCharlotte Welton
No comments