Established in 1894 in the north east Scottish Highlands, Knockdhu distillery is best known for its distinctive anCnoc single malt whisky. Although the distillery is steeped in history, it is also passionate about forward-thinking sustainable production, and as such, joined the Government’s Climate Change Agreement (CCA) programme in 2013.

Run by the Environment Agency, CCAs are voluntary agreements made between UK industry and the Government to reduce energy use and carbon dioxide (CO2) emissions. In return, operators receive a discount on the Climate Change Levy (CCL), a tax added to electricity and fuel bills.

This is the story of how the distillery teamed up with Flogas, a leading supplier of Liquefied Petroleum Gas (LPG) and Liquefied Nitrogen Gas (LNG), to switch from oil to gas and reduce their carbon emissions.

Having joined the scheme, Knockdhu started to measure and reports its energy use and carbon emissions against agreed targets over four, two-year target, periods. If it hits each target at the end of the reporting period, it will continue in the scheme and is eligible for discounts on CLL for both electricity and gas.

At the time Knockdhu signed up to scheme, it was relying heavily on fuel oil for its energy, because, like many of its competitors, Knockdhu was founded around a natural spring source – away from the gas grid.

To reduce carbon emissions and meet their targets, Knockdhu decided to move away from oil and so opened discussions with Flogas to switch from oil to LPG.

Knockdhu’s Distilling Manager Gordon Bruce says: “We needed to have a serious look at our fuel costs and carbon emissions, as they were much higher than we wanted them to be. We approached Flogas as they are the most experienced people in the business and had a reputation for delivering results and making the process straightforward”.

Once finalised, Flogas managed all aspects of the conversion process, ensuring the switch did not impact production while the new LPG boiler was being fitted.

As a result of switching to LPG, as well as gaining efficiencies of a new boiler and enhanced heat recovery, Knockdhu has been able to significantly reduce the distillery’s fuel costs, and more importantly, cut down their carbon emissions by 18 per cent in the first year alone.

Rob McCord, Head of Bulk Sales at Flogas, said: “Many businesses are keen to address their carbon emissions, either to meet their Medium Combustion Plant Directive (MCPD) obligations, or to hit their CCA agreement targets, and qualify for Climate Change Levy discounts.

“Switching from oil to gas is an exceptionally good way for off-grid businesses to achieve this, and as the UK’s leading authority on oil to gas conversions, we’re well-placed to help them hit their targets.” 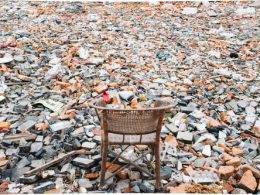 In US, 1 to 2 million tons of plastic trash go wasted according to study

On Friday, 30 October 2020, the study which is released should that millions of tons of plastic trash…
byadmin

Sales are one of the most powerful sales times for companies, this year especially marked by the growth…
bySadie Pinkington 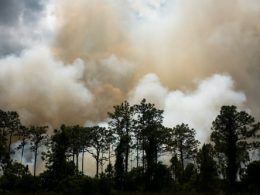 Irvine, California, struck with Wildfires, people are forced to leave the city

Irvine was burning in a wildfire, and 100,000 people were forced to leave the city as the fires…
byadmin 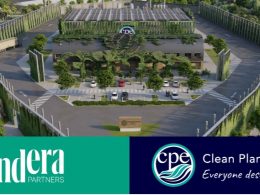 Andera Partners and Clean Planet Energy (CPE) have announced a joint partnership. With a focus on the development…
byPaul Most