The Facebook debacle on Monday was a serious blow to the network giant. The company – which also owns Instagram and WhatsApp – saw all its services go down, staying out of service for hours. In addition to criticism from consumers – who flooded Twitter with their complaints, comments and memes – and millions of dollars in advertising losses , the drop could have two immediate effects.

The first would be to further deepen the reputational crisis in which the company is mired, which has had a bad reputation for years and which has been hit as the last major blow by a leak to The Wall Street Journal of a series of documents toxic. The second could be to lose the confidence of those who were until now its great reserve, the SMEs.

When the big brands launched the Facebook advertising boycott in the summer of 2020, the company’s reputation suffered, but the bottom line did not. The big brands may have made big claims and promised not to give you a euro – or a dollar more – but the web of Facebook advertisers is SMEs.

And small and medium-sized businesses did not join the boycott en masse. In addition to not having the great reputational and commitment pressures that set the agenda for the big companies, they could not afford to abandon that activity. Those ads were the avenue they used too many times to reach their customers. Facebook would always have them there.

What happens when your third-party channel disappears
But would he have them forever? The fall that for Internet users was a nuisance and forced them to take up technologies that almost seem obsolete (voice calls rose by 120% in those hours in Orange in Spain), for small and medium-sized companies it became a nightmare.

Facebook has been, let’s not forget, focusing its growth strategy on SMEs. The latest Facebook advertising campaign in Spain, which has been present these weeks in various media, shows photos of heads of European SMEs and its copy explains how they achieved success and sales using Facebook and Instagram.

Their connection points with consumers and their sales channels disappeared. As they conclude in Insider , the fall showed SMEs that they were in the hands of a third party and that they were completely dependent on what they did (and their luck). As they explain from consultants and SMEs to the US media, it has been something “devastating.”

They have realized that they are too dependent on the platform and its technology. Since many have focused their strategy on those platforms, when they went black they were left with no alternatives. One of the stories that the medium collects is that of an SME with 800,000 followers on Instagram who function as its customer base.

Since they had not created an email marketing strategy in parallel, when Instagram went down they were left with no way to communicate with those customers. Facebook’s economic losses are very high, but in the total of its accounts for the year they are a trifle. For small businesses, what they have lost as collateral damage is a nightmare.

The antecedent of the year covid
The fall of Facebook is the most recent story and therefore the best example to understand the precarious situation in which SMEs find themselves. Of course, it is not the only sample to understand why SMEs must develop a powerful digital strategy and, above all, one in which they do not depend on others.

Obviously the muscle of an SME is limited and they will need to continue using Instagram, Facebook, TikTok and the like, but what they cannot afford is to risk everything on one card and, above all, that everything revolves around that card.

They must also have a multi-channel strategy, like those of the large ones, and, above all, learn to move audiences from those channels to channels that they control themselves. The data they generate in their relationship with consumers and the main points of contact should be in their own control. It is not easy and small companies do not always find it easy to jump into developing this strategy. You just have to see how the pandemic caused a digital transformation or it disappeared .

SMEs had to make the change at full speed and taking advantage of anything and any avenue. It was the time when patches were released, it was sold on WhatsApp in any way and they tried to make the most of the social media profile. This made SMEs go from depending on a single channel to one in which they did not have control and over which they had not created strategies. Just before the outbreak of the crisis, studies already indicated that SMEs had a serious problem : they were not finalizing a digital strategy plan.

Take as much control as possible
The conclusion that can be drawn from all these experiences is that SMEs must take full control of their digital strategy. They should think about what they want and they should work on it, not just following what a big tech company offers or what seems like the tightest and simplest last minute solution. For small businesses, this may seem overwhelming at first glance, but when viewed with a cool head it is no more so than making other classic operational decisions that they didn’t even think they should follow.

Does taking full control of your digital marketing strategy mean abandoning all those channels, stopping using social network X or working on SEO? Absolutely. SMEs continue to need to position their own website as well as possible, have a profile on Instagram or answer questions from consumers on the websites of their sector. What it implies is, in short, not putting your eggs in the same basket and not depending entirely on one of those channels. 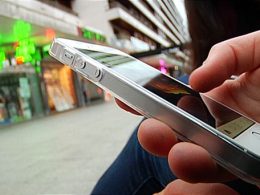 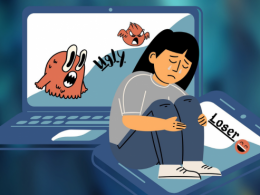 Internet access has both good and bad things. The use of social networks and the possibility of their…
bySadie Pinkington
3 shares
3
0
0 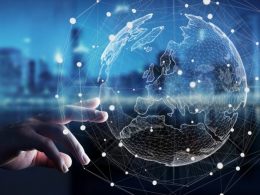 During this last pandemic year, thousands of citizens have seen their lives change. Some changes that have affected…
bySadie Pinkington 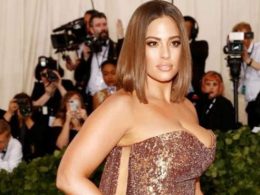