In all the articles that explain when companies should rebranding and when they should readjust their corporate identity, there are two cases that tend to be repeated on a regular basis. A company must change its name when it no longer fits what it really is on the market and one must do so when its brand name has become a toxic asset. Possibly, Facebook will try to position itself with its future movements based on the first assumption, although analysts will point in the latter direction to explain their decisions.

And is that Facebook plans to rebranding. As The Verge has learned , thanks to a leak from internal sources, the social media giant is going to change its corporate identity and will do so shortly. A week from now, his new name will be revealed.

Thus, at the next Connect conference, scheduled for October 28, Facebook will launch its new corporate identity. The change will be for the name of the company (a similar move that Google made when it was renamed Alphabet as a corporation) and seeks, according to sources from the technology newspaper, to reflect the work of Facebook as a company in the construction of the metaverse. That is, they want to make it clear that they are a company that goes beyond social networks and that they are building the future of the internet (or so they imply).

Facebook will thus simply be one of the services it offers. On what the new Facebook will be called, you can only guess. The close source has not been able to provide information to The Verge , noting that Facebook keeps the secret under seven keys, so much so that the senior leaders of the company do not even know it. Facebook, as a company, has not assessed The Verge . Still, the name change has a certain logic. After all, Facebook’s reputation as a brand is in shambles right now.

A reputational debacle
Facebook has been racking up reputational problems since around 2010. In those early years, its reputational crises were linked to its CEO, Mark Zuckerberg, and the image that books, movies, and articles gave of him. Facebook did a job of rebuilding its personal brand and things changed. By 2015, his brand image was already so positive that his name sounded like a potential Democratic candidate for the presidency of the United States. But that moment of recovery did not last long and the next major crises were linked to the product.

The Cambridge Analytica scandal, the company that collected data on Facebook to manipulate audiences in political marketing campaigns, was its first big problem. From there, they have gone downhill in reputation. Only in October, the company has faced its worst drop in global service and the leaks that Frances Hague has made to the media and later to public organizations. A few days ago, the Facebook communication account on Twitter launched a thread previously criticizing the content of an exclusive in the media that is going to come out.

That is, he criticized what is going to be said about them even before this happens. It is clear that Facebook’s brand identity has become a drag, a dead weight. It is to be expected that Facebook, the company, does not want me to drag to Instagram (although possibly until the service debacle of a few days ago many consumers were not clear that they were the same company) and the new services that it hopes to launch. The big question is whether a new corporate name change will be enough to stop the reputational drain or whether it will really stick as a name. In fact, as much as Google is now Alphabet, few are using the new corporate name beyond the company. 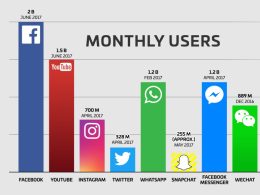 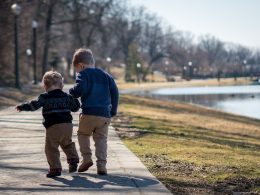 If there’s one thing that’s got us through the COVID-19 pandemic and multiple national lockdowns, it’s indulging in…
byCharlotte Welton
No comments 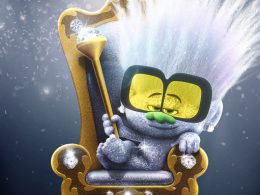 The boom in streaming content and the VoD market has raised new players in the content industry, created…
bySadie Pinkington
No comments