A recent study by the Chartered Management Institute (CMI) has revealed that, despite UK organisations making promises for promoting equality and diversity, they have demonstrated complacency in terms of inclusivity – creating a barrier for future economic performance and organizational success. London was voted the most ‘diverse’ capital of all world cities earlier in 2022 – a sentiment supported by c. 40% of the city identifying as an ethnic minority. This degree of diversity present in local communities is in turn reflected in the professional arena, with the UK’s ethnic minority-owned business (EMB) encompassing a vast range of cultures. To better address these issues, QU – leaders in business coaching for SMEs – commissioned national research that found that specific counsel and guidance needed for EMB’s from different backgrounds to successfully scale in the UK varies greatly.

As a means to portray the lack of institutional support that hinders growth for ethnic minorities within the UK business arena, QU’s research has unveiled that while 28% of Asian Brits state they feel they’re taken less seriously as a leader, 15% of Black Brits stated the same, indicative of the fragmented institutional barriers PoC face. QU highlights the crucial differences that hinder nurturing a more inclusive business arena, and further argues applying the term “ethnic minority” as a catch-all does not reflect the true state of play for the ecosystem of people of colour in business. The research delves into the different perceptions for PoC within their organizations with 34% of Asian Brits stating they are no mentors that come from the same background or look like them, while 17% of Black Brits stated the same, further demonstrating an increased lack of representation amongst PoC from different backgrounds.

By breaking down the responses of different ethnic groups, the data helps highlight key differences & similarities – 29% of Asian Brits & 27% of Black Brits state they suffer from feeling underqualified to confidently own their job title of Director/ Founder/Senior Manager, denoting signs of imposter syndrome amongst both communities. To reinforce this notion, a new report from The Centre for Research in Ethnic Minority Entrepreneurship outlined 10 steps to transform support for ethnic minority owned businesses by broadening policy agendas for inclusive growth, productivity and innovation. In doing so, the report stated that additional support for the full scale of ethnic minority founded businesses could grow the British economy by £75bn.

Additionally, a study by the British Business Bank found a widening gap in access to finance for ethnic minorities has led 49% of PoC entrepreneurs to stop working on their business idea, halting a wave of growth potential from entering the market. To reverse this tide, QU focus on informing and guiding ethnic minority business owners to the right places to source capital, with simple actions that will increase the probability of securing finance – such as improving credit-scoring and devising financial models. 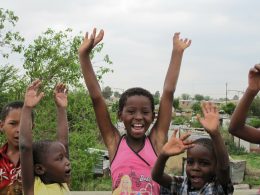 The percentage of children attending school globally has increased phenomenally over the past few decades. Figures from 2013…
byCharlotte Welton
No comments 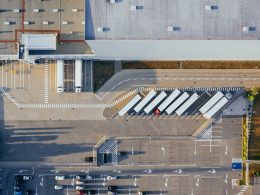 Carla Cargo is the largest and safest cargo trailer on the market. The electric Carla inspires with a…
byCharlotte Welton
No comments 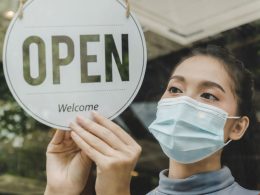 Businesses across industries are going through a tough time; one industry that seems to be more in a…
byCharlotte Welton
No comments 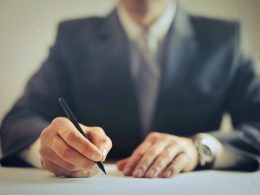 Entrepreneurs are often laser focused on their ventures. This can particularly be the case for entrepreneurs that set…
byClaire James
No comments