The Impact of Negative Manual Labour Stigmas on Employment

Construction and labour contributes to a huge portion of the UK’s economy and workforce, with the government estimating that 3.1 million people are employed in the sector. Though we have seen a lot of the previous negativity aimed at the industry begin to dissipate, there is still a staggering number of stigmas surrounding the workforce it employs.

Here, with some insights from van leasing company, Van Ninja, we’ll work to destigmatise the construction and manual labour industry by looking at some of the most common themes of conversation around the sector. We’ll also look at how these untruths may affect people entering the industry in the future.

Labourers must be “men’s men”

Depictions of labourers in film, TV, and media are catcalling, closed-off men who don’t want to talk about or even believe in mental health. While this is a long-standing stigma attached to the industry, it’s an incredibly reductive stereotype that can potentially be harmful.

The Daily Mail published a news article finding that of 2,000 builders, two-thirds talk about their emotions regularly. While highlighting the problems placed on the industry externally is important, many workers have stated it is also damaging how the article is titled and the surprise that men would want to be emotionally vulnerable.

Causing further stigma could have a huge impact on levels of employment within the industry. If young people are looking at joining manual workforces and are worried that their emotional needs will be pushed to the side, it could prevent them from taking that step. Similarly, as over two-thirds of labourers think there is a stigma that stops them from talking about it, this could result in people leaving their jobs to focus on getting their mental health back into a good place.

This idea links back to labour being the rough and ready man’s job. Calling jobs that require manual labour unskilled and underpaid is an idea that has spanned over the course of hundreds of years. There are many roles within the sector, as it’s so large, that require a significant understanding of engineering and architecture that can fetch high yearly salaries.

Emrys Westacott analysed how, throughout history, there has been a particular prejudice that looks down on careers and work that involve manual labour. He analyses the perceptions of philosophers and poets towards labourers and theorises that there’s classism that develops when it comes to perceptions of an honest living.

This could seriously impact whether people want to find a job within construction and labour, developing a concept that they are somehow lesser for wanting to do the physical work.

Further following on from the gender-centric idea of the world of construction, there is an all-too-common thought that women can’t be part of the industry. This stereotype comes from the idea that only men can be tough and strong enough to work on sites.

However, despite gender bias, 14% of the construction industry in the UK is made up of women. The lack of women working in the sector could also be due to the lack of information about opportunities that construction and labour offers. This isn’t just onsite construction, as it can be office work and even consultancy roles for safety and HR. For example, these roles can include fleet management where you make sure your vehicles are travel ready, and if they aren’t looking at van leasing for new additions.

Many of the stereotypes come from gender norms that reach beyond even just the construction industry. They’re formed from expectations placed on men to be tough, strong, and to show no signs of weakness, especially within manual labour. This may lead to a decrease in workers as young people will be less likely to join a sector where their emotional health isn’t taken seriously, and those within the industry are even less likely to talk about it. Making sure that men understand they can talk openly and without judgement about their mental health could help to eliminate a lot of the stigmas within construction and manual labour and could lead to it becoming more progressive in its hiring. 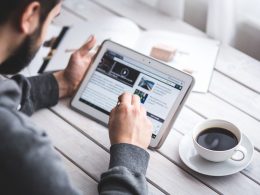 The pandemic has changed a lot for businesses, whether that’s their customers’ buying behaviour or product demands. One…
byCharlotte Welton
No comments 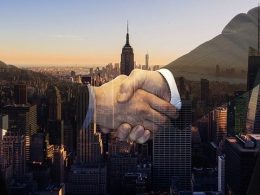 Michael Zetser is a former fintech CEO. This article will look at the importance of companies implementing stringent…
byClaire James
No comments 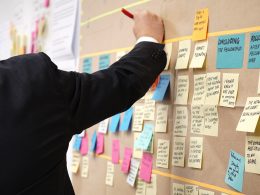 How to Update Your Management Habits

Over the past few years, we’ve seen how quickly and succinctly businesses can adapt to modern requirements to…
byCharlotte Welton
No comments 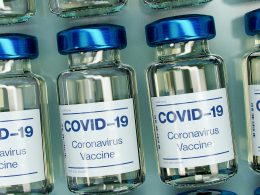 The past year has been difficult, unprecedented and full of loss, learning and unpredictable circumstances. However, with the…
byCharlotte Welton
No comments