Motoring Memory Lane: What did the world look like when you passed your driving test?

Can you remember what the world looked like on the day you passed your test? The roads? The people? What was on the television and radio?

It’s a big moment when you get behind that wheel for the first time – and an even bigger one when you’re awarded a full driving license.

Passing your test isn’t something you ever forget – and now Vertu Motors vehicle dealership is helping drivers relive some of their happiest days by inviting them on a trip down motoring memory lane.

It’s time to get those ‘first driver’ feelings flooding back – and be sure to scan the Spotify codes to hear what was playing on the radio during each decade.

If you passed your driving test in the 70s

In a ten-year period that introduced us to The Godfather, Jaws and Star Wars, the 1970s was bursting with game-changing firsts.

It didn’t start too well, admittedly, with The Beatles calling it a day in 1970. But from that year onwards, there were some huge changes worth celebrating.

ABBA debuted in the charts; PONG – one of the world’s first computer games – was released; and McDonald’s enjoyed its grand opening in the UK. Seems like a long time ago now.

First time drivers certainly had their pick of motors back then, too – with the Vauxhall Astra and Ford Fiesta first put on the market during this period.

The Fiesta, remarkably, is still the most popular car in the country to this day.

If you passed your driving test in the 80s

The 80s was an era dominated by Royal Family fever, Merseyside football and American mega blockbusters.

Harrison Ford was everywhere (after starring as Han Solo and Indiana Jones) and the world was getting its first taste of would-be wedding classics ‘Come On Eileen’ by Dexys Midnight Runners and ‘Never Gonna Give You Up’ by Rick Astley (Rick Rolling wouldn’t become a phenomenon for another twenty years or so…).

England football fans were also left bemoaning a cruel World Cup defeat in 1986 – with Diego Maradona infamously punching Argentina to victory in the quarter-finals. We still haven’t moved on…

If you passed your driving test in the 90s

If the 70s was the decade of firsts, then the 90s was all about long overdue returns.

Under the unerring guidance of Sir Alex Ferguson, Manchester United asserted their dominance at the top of the newly-named Premier League (and then refused to let go for 20-odd years).

Walt Disney Pictures also enjoyed something of a renaissance – releasing instant classics as Aladdin, The Lion King and Mulan. Even Star Wars returned to the big screen after a 16-year hiatus, albeit to a somewhat mixed response.

One of the best news stories, however, came in 1995 – with British pubs being permitted to stay open on Sunday afternoons for the very first time. Here’s to the pubs opening again this year (just)!

The turn of the millennium was a wild time for Britain, ringing in a new era of technology that was riddled with hysteria – first concerning the Millennium Bug and then later Crazy Frog.

Annoying amphibians aside, the noughties UK charts did include some timeless bangers – including hits from the likes of The Black Eyed Peas, Shakira and Rihanna.

At the box office, the magic of movies reigned supreme – with franchises Harry Potter, Lord of the Rings and Shrek bewitching audiences in their millions.

2007 also saw the release of the first Apple iPhone – changing the face of mobile phones forever.

If you passed your driving test in the 2010s

The 2010s began with a royal wedding and ended with Piers Morgan decrying Greggs’ vegan sausage roll on tele. Some of the biggest moments in between included London hosting the 2012 Olympic games and the legalisation of same-sex marriage, with the world still humming ‘Happy’ by Pharrell Williams seven years on from its original release.

This was also the decade in which everyone went superhero-mad. Movie audiences flocked to watch Marvel’s franchise on the big screen, culminating with Avengers: Endgame becoming the highest grossing film of all time (and Tony Stark becoming more famous than the Prime Minister).
Relive the days you passed your test by reading the Motoring Memory Lane article in full on the Vertu Motors website. 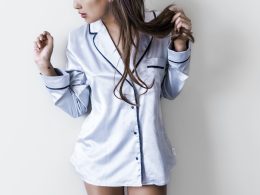 The Most Iconic Pyjamas From TV and Film

Movies and TV shows offer us so much in the way of style inspiration. This year, Spencer will…
byCharlotte Welton
No comments 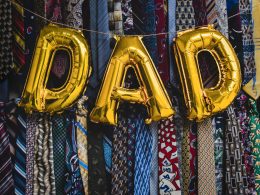 Father’s Day 2022: The Life Lessons from Our Father Figures 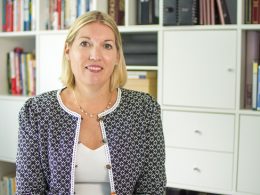 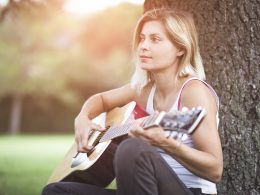 New Year, New Skills: Why You Should Learn Something New in 2022

New Year’s resolutions are a tricky one. We set ourselves goals to achieve, but they can quickly begin…
byCharlotte Welton
No comments