Which Plumbing Repairs Should Be Addressed Immediately

From Blocked toilets to leaking taps, some repairs are definitely more urgent than others. They can be costly and dangerous if they’re left

Here, we cover the most urgent plumbing repairs and why you need to fix them immediately.

A blocked or overflowing toilet

Blocked toilets are no fun. In an instant, one of the most essential items in our home becomes unusable. If it’s overflowing, that’s even worse news.

If your toilet is only experiencing a minor block, you might be able to fix it yourself with a few handy tools. A slow-draining toilet suggests there is a blockage forming, but it hasn’t entirely blocked the pipe. Often, using a plunger can help you to shift a small blockage.

If the water in your toilet has risen and hasn’t gone down at all, you probably have a complete blockage. You can try using a specialist chemical product to break down the blockage, but in serious instances, you might need it fixed professionally.

In order to prevent blocked toilets, we recommend only disposing of toilet tissue in the toilet. Any other items you may use, including sanitary towels or wet wipes, aren’t designed to be flushed down the toilet and can easily cause a blockage. Cleaning your toilet regularly will also prevent waste build-up.

Burst pipes can be a recipe for disaster. This is a common problem in the colder months because cold water coming from outside can cause your pipes to contract. If there are any weak points, they could burst.

Burst pipes not only affect your heating and plumbing systems but can also cause serious damage to your home. Depending on where the pipe bursts, you could see water damage in your walls, ceilings, and wiring, as well as flooding in your home. That’s why it’s so important to address this straight away.

Your first course of action should be to turn your water off to prevent further leaking and flooding. If your home has already started to flood, get rid of as much water as you can. Heating up the area the pipe has burst in can help because it may have frozen before breaking.

Unless you’re experienced in plumbing maintenance and repair, we recommend seeking a professional plumbing repair at this point. To prevent burst pipes, you can insulate your water tank and pipes. Keep the rooms that hold your water tank or pipes heated – despite it holding their water tank, some people may not warm their loft due to the fact they don’t spend time there, but these cold rooms can cause burst pipes.

Many people might consider a leaky tap, toilet, or pipe a nuisance but not an emergency. However, leaky plumbing can cause a number of serious problems, so it’s something you need to fix quickly.

Leaking taps and pipes will not only send your water bill through the roof but they can also cause some serious damage. A constant leak can rust nearby metal, as well as making any wood around it rot away and grow mould. This can then become a real health hazard in your home.

How you address the leak depends on its source. If it’s from the spout of your tap, for example, this could require a washer replacement. If it’s coming from behind or below the handle, however, this means a different part could be to blame. You’ll need to shut off your water supply before fixing your tap. Alternatively, call professional help if you don’t have prior experience in this. 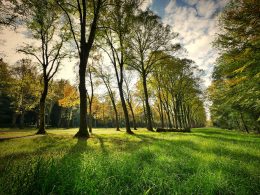 Who Loves Our Local Parks the Most?

Our local parks have become an essential part of life in the past year. Limitations on travel and…
byCharlotte Welton
No comments 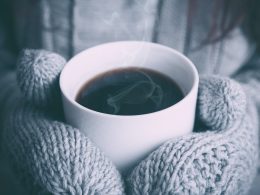 The Five Winter Heating Myths You Need to Stop Believing

With winter on the horizon, the seasonal anxiety around our energy bills strikes again. The news about rising…
byCharlotte Welton
No comments 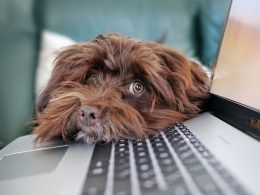 The Rise of the Four-Legged Colleague 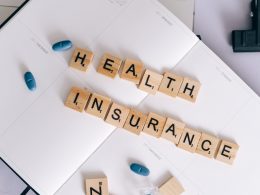 In exchange for a monthly premium, life insurance pays out a lump sum to your beneficiaries when you…
byClaire James
No comments