The criminal group, based on the Costa del Sol, was “violent”, used “mafia methods” and specialized in national and international drug trafficking 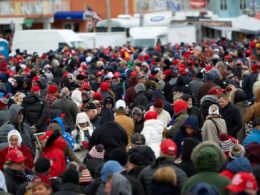 Biden campaign senior advisor Anita Dunn shows much confidence by saying that their map has been expanded. Biden…
byadmin
No comments