\There are weeks in which it is much more difficult to find a bit of humor in the matter, and this is one of them, since terrible things have happened such as the seizure of power by the Taliban in Afghanistan , the Avila fire (the fourth largest of the history of Spain) or that politicians continue to have a Twitter account .

As soon as they arrived in Kabul , the Taliban have given a press conference saying that no one has anything to fear (except if you disagree with them) and they have continued the festival of humor starring scenes typical of Muchachada Nui throughout the city. When you come from the Middle Ages and you see bumper cars you can’t resist. What if we build them a Port Aventura-type park and lock them up there?

Yes, more than one of them read the tweet of the former NATO Secretary General as “Afghanistan strikes us”, because that would be the correct definition of the western position on the matter.

Continuing with the misfortunes, my soul has been broken these days watching the fields of my beloved province of Ávila burn. The fire reached a few kilometers from its capital.

22,000 hectares have been razed and now it is urgent to find grass and food for livestock. Speaking of animals, I congratulate myself because from now on there will be no more bullfights in Gijón. Forgive me, but I don’t see the thing about nailing things to a living being for the enjoyment of others. Call herself “feminist” or Rita la Cantaora the poor animal. This fake cover explains it better.

And to finish, we are going with a miscellany of tweets of those Twitter of a lifetime, intersectional, of those who like right, left and center. The last one is a graphic document that is not very well known but that will surprise you. Until next week! 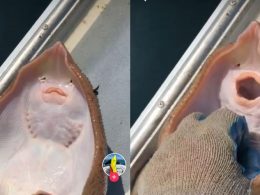 Although the clip has caused tenderness in some users, the reaction of the animal is not one of…
bySadie Pinkington
No comments 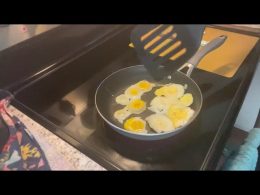 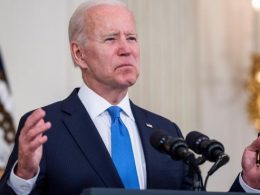 The President of the United States, Joe Biden , has criticized platforms such as Facebook or Twitter this…
bySadie Pinkington
No comments