Scandalous Celebrity Robberies – How Much Did They Really Lose?

Celebrity robberies are in the spotlight. In recent news, Sheridan Smith, who you might recognise from her role in Gavin and Stacy and Two Pints of Lager and a Packet of Crisps, has fallen victim to a robbery while filming her new sitcom, Rosie Mollie Gives Up on Nothing. The thieves, who have been named the Movie Takers after a string of incidents, stole thousands of pounds worth of jewellery from the star’s trailer.

The rich and famous are often targeted by professional criminals. Associated Security, a leading provider of home safes throughout the nation, has investigated some of the most scandalous celebrity robberies of all time to uncover how many valuable possessions were stolen.

Molly-Mae, an influencer and television personality, has recently fallen victim to a scandalous robbery. In 2021, burglars stole £800,000 worth of belongings from the apartment she shared with her partner, Tommy Fury. This included most of their belongings, from clothing to shoes and jewellery.

The burglary forced the couple to move homes, and recent sources have revealed that Molly has gone to therapy to help her deal with the incident, as well as hiring security and 24/7 confidential personnel. Aside from Molly’s personal camera being stolen this year, things seem to be looking up for the celebrity couple as they consider the possibility of building their own home.

The ‘Bling Ring’ will go down as one of the most scandalous celebrity heists in history. Between 2008 to 2009, a group of teenagers broke into the homes of multiple celebrities, including, but not limited to, Lindsey Lohan, Orlando Bloom, and Paris Hilton. Over £2.4 million worth of clothes, jewellery, and cash was stolen during their escapades.

Paris Hilton, although unharmed, was targeted on multiple occasions. In fact, the gang of teenagers broke into her home on five separate occasions, stealing £1,619,094 ($2 billion) worth of stolen jewellery. They even compared this experience to “visiting an ATM”.

The teenagers eventually ran out of luck, facing various sentences for their robberies, from 60 days community service to four years imprisonment and a £485,010 ($600,000) fine.

Kim Kardashian, entrepreneur and reality television star, has also experienced a burglary. On a seemingly normal evening during Paris Fashion Week 2016, Kim was held at gunpoint and robbed of £7.4 million ($10,000) worth of jewellery, such as her engagement ring worth an astonishing £3,424,950,766 ($4 billion). Most of these precious items have not been found to this day.

The traumatic burglary had a devastating effect on Kim, who has gone on to speak about her experience with Post Traumatic Stress Disorder (PTSD) since the incident. This was further fuelled with the start of the global pandemic and the manifestation of agoraphobia.

There are currently 12 suspects incarcerated and awaiting trial. A select few, however, have been released on bail due to health conditions, including Yunice Abbas. In recent months, he has released a memoir named I Kidnapped Kim Kardashian (2022), detailing his experience during the high-profile heist.

Tamara Ecclestone, daughter of former Formula 1 chief executive Bernie Ecclestone, has been victim of one of the most scandalous celebrity robberies of all time. In 2021, burglars broke into her London mansion and stole £25 million worth of cash and 400 pieces of jewellery, including a Cartier bangle worth £80,000.

The burglars in question (Jugoslav Jovanovic, Alessandro Maltese, and Alessandro Donati) have been linked to two other celebrity raids, totalling £26 million worth of stolen goods. As a result, all three have been convicted and are now serving time in prison.

Tamara, her partner Jay, and their daughter had taken a trip to Lapland that morning, meaning that they were luckily out of the house during the time of the robbery. Even so, the ordeal has no doubt had a lasting impact on their well-being, and the couple has reported that their daughter asks whether they will return.

There you have it – some of the most scandalous celebrity robberies of all time. Even the rich and famous fall victim to burglaries, so make sure you’re taking the right steps to secure your home. 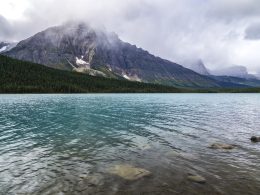 With its assortment of picturesque cities and awe-inspiring highlands, Scotland seems to be a hotspot for location scouts.…
byCharlotte Welton
No comments 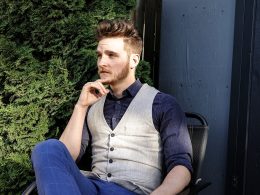 Dress to Impress: The Perfect Spring Date Attire for Men

Spring is just around the corner, and that means only one thing for the lovebirds among us: there…
byCharlotte Welton
No comments 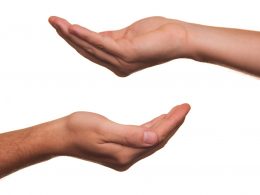 The Generous Generation: Millennials Are Most Charitable