Has TikTok Already Become A Powerful Threat To YouTube

When TikTok appeared a few years ago as the rebranding of Musical.ly, few were paying attention to it. The app functioned as a space for teens to upload videos of themselves lip-syncing popular songs, which seemed somewhat niche and connected with those young users but didn’t seem that interesting to brands in general. Marketers paid relative attention to it.

Until not so long ago: in the last two years, TikTok has established itself as the last great revolution in social networks. Its video formats have become what other social networks want to copy, hoping to keep the users younger, and adolescents have raised the social network, in which there are users of many other ages. As a millennial from the younger age group explained to me a few days ago, after opening an account to browse the TikTok feed, it is “addictive.”

This is a serious problem for social networks in general, which already had a complex situation in the fight for the attention of users, and for those in which these niche audiences were very important. Instagram had been the refuge of teenagers who did not want to be on Facebook, but now it is worth wondering if those same users are abandoning TikTok. But is it only Instagram that becomes collateral damage? Or will it even affect YouTube?

The YouTube vs TikTok battle In the social media wars, YouTube has held a somewhat lateral position. We could almost debate whether or not it is a social network, but what it offers and how it offers it, no other competitor has managed to match. This could be starting to change now. The strong point of TikTok is video – and indeed YouTube is already experimenting with its similar format – and the attention of users is migrating. The data of the studies thus begin to indicate it.

The last of them, a global one from App Annie, serves Warc to conclude that TikTok is already overtaking YouTube: in some countries it has already done so. TikTok usage times in the British and US markets are already longer than those of the YouTube app. In the US, time on TikTok is an average of 25 hours per month, 51% more than last year. YouTube lags behind, with 23 hours and stable figures. They have not grown year-on-year. In the British market, users are on TikTok for 26 hours compared to 16 on YouTube.

YouTube hasn’t grown, but TikTok has grown since December 2019 by 81%. Although in other markets the difference continues to play in favor of YouTube (in South Korea it is 39 hours compared to 15 for TikTok and in Japan 25 compared to 13), the growth of TikTok is higher than that achieved by YouTube. YouTube could benefit from the growth of connected televisions, where it is a strong player, but TikTok is at that time to be the trending app that also offers a different type of video content.

The rise of social networks, internet portals and permanent accessibility to the network through mobile phones, tablets and…
bySadie Pinkington 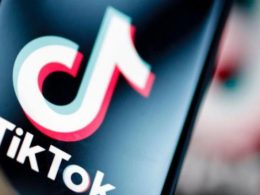 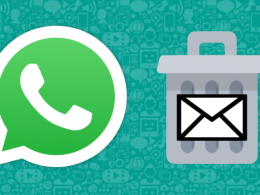