The rise of social networks, internet portals and permanent accessibility to the network through mobile phones, tablets and computers have led to a permanent consumption of news and information that can seriously impair the quality of the information they receive. users, especially in the political sphere. This is one of the main conclusions of a recent investigation in which experts from the International University of Catalonia (UIC Barcelona) and the Open University of Catalonia (UOC) have participated.

This work analyzes the consumption of political news and its informative quality in seventeen European countries and warns about the possible damages that the huge number of sources in digital environments can cause and the difficulties it generates in information processing .

“Quality matters more than quantity, which is why individuals who inform themselves through traditional media, such as newspapers or major television channels, with highly professionalized news production processes, tend to have greater political knowledge than other news consumers “, detail the authors of the work Laia Castro, professor at the Faculty of Communication Sciences of the UIC Barcelona and postdoctoral researcher at the University of Zurich, in Switzerland, and Ana Sofía Cardenal, professor in the Studies of Law and Political Science at the UOC and lead researcher for Spain in the NORFACE consortium project.

The threats and opportunities of a changing informational political environment, together with other researchers. “Not all news diets are” healthy “and informative. In fact, in the informative context, more is not necessarily synonymous with better,” Castro emphasizes.

News consumer profiles
Furthermore, in this research, the authors have described five types of news consumer profiles in the European context, after an analysis of more than 28,000 people in 17 states . These profiles can be grouped into minimalists , those who are occasional consumers of news and political information; consumers of news through social networks ; traditionalists , people who go to traditional media and public television for information; online news search engines , those users who actively search for news both on networks and by accessing directly to online information media on a selective basis, and ” superconsumers”of news, people who are exposed to all kinds of media very frequently.

“The users who demonstrate the most political knowledge are those who obtain information through traditional media and with well-established professional teams, but also people who actively seek and selectively access information online,” the experts explain.

On the other hand, those considered “news superconsumers” do not seem to have finished consolidating all that they read or the information they receive, so their levels of political knowledge are lower. In this way, the probability of belonging to the group of traditionalists is higher in northern and central European countries than in southern and eastern European countries , a region in which the profile of news search engines is much more frequent in line.

“Traditionalist users tend to have more political knowledge than the rest of the news consumers practically throughout Europe, while in those countries where there is a greater number of online news search engines – such as Greece, Spain, Italy, Poland, Romania, etc.-, this type of online “news diets” are less informative , so they are associated with individuals with less political knowledge “, detail the experts. In the case of Spain , the main trend is that there are many more consumers of online news than in other countries .

“The average consumer in the Spanish State does not show higher levels of political knowledge than other users, since in Spain those who have more knowledge are traditionalists. Furthermore , in Spain there is a larger group of hyperconsumers of news than in other countries , but these consumers do not assimilate everything they read, “emphasizes Castro.

The paradigm shift of social media
Another of the highlights in this research shows that the proliferation and popularization of social networks have generated an “avalanche of information” and a constant flow of news that could be having negative effects for some consumers. What’s more, people who use myriad sources and take full advantage of this new digital ecosystem are having a hard time processing information .

“The sheer volume of information makes news superconsumers learn and inform themselves less and possibly worse than other news users,” Cardenal emphasizes. In this sense, the authors of this research conclude that the media that offer quality information must have an “ecological effect” on other media and on the quality of the news in the context of each country.

“In countries with strong, well-funded and independent public television services or in countries with many subscriptions to traditional newspapers and public interest journalism, news consumers tend to be more informed than in other countries in the Mediterranean arc, a region in which the that free online media play a more important role, such as Greece, Spain or Italy “, analyzes Castro.

Thus, consumers who tend to consume traditional media not only have more political knowledge, but also more political interest, more education or more trust in the media than those who are informed mainly through social networks. “This context could point to the higher quality of information offered by traditional media as opposed to the quality of many of the news that runs through social networks,” conclude the authors of this work. This UOC research supports the Sustainable Development Goals (SDG) 12, responsible production and consumption, and 4, quality education . 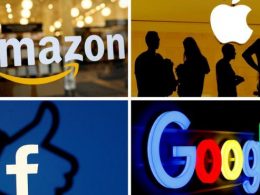 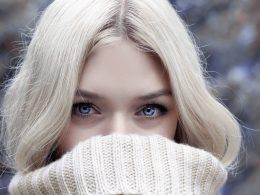 According to Muhammad Usman SEO Expert, the app’s content is ranked depending on its section. In his lecture,…
byCharlotte Welton
No comments 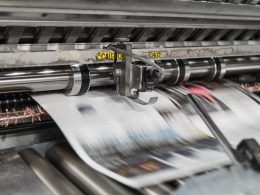 Digital marketing continues to grow in this new age of online transactions and endless social media streams. Whether…
byCharlotte Welton
127 shares
127
0
0
No comments 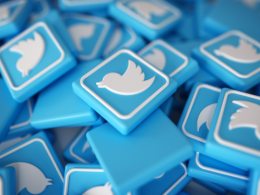