Elon Musk, the CEO of Tesla, returned to his old ways this weekend with his particular use of Twitter. Although the richest man in the world has already faced problems with the Securities and Exchange Commission (SEC) for the use of this social network, he did not hesitate to interfere with the electric car manufacturer in his tax cabals.

Something that caused a fall of almost 2.5% in the company’s shares on Monday. Musk asked his 62.8 million Twitter followers if he should sell 10% of his Tesla shares, promising to abide by the survey results. Almost 58% of the more than 3.5 million participants in the Twitter poll voted for it to sell.

Tax debate
The billionaire framed the Twitter poll within the debate over whether the richest Americans on this side of the Atlantic pay their fair share of taxes. It should be remembered how the US Congress had considered taxing the capital gains of the mega-rich as a formula to finance President Joe Biden’s social agenda but finally abandoned the proposal.

“The only way to pay taxes in person is to sell stocks ,” Musk explained on Twitter, noting that he does not receive a cash salary or a bonus for his corporate duties, both at Tesla and at the aerospace company SpaceX.

Once again, Musk’s use of social media could become a problem with US regulators. After all, as the CEO of Tesla , you have a duty to act in the interests of shareholders. And a potential sale of its shares will likely cause Tesla’s price to fall.

Tesla CEO raises the sale of 21,000 million shares to pay taxes
That said, even with the possible outcome of a 10% sale of Elon Musk’s stake in Tesla, some analysts have reiterated their “outperform” rating on the company’s shares. Wedbush’s Dan Ives noted that a sell like the one Musk is proposing is still a “digestible” figure and now sees Tesla shares potentially at $ 1,800 in the next 12 months if his bullish scenario materializes.

Regardless of the survey results, Musk likely would have started selling millions of shares this quarter. The reason: an impending tax bill of more than $ 15 billion . Musk received options in 2012 as part of a compensation plan. Since he does not receive a salary or a cash bonus, his wealth comes from stock awards and the performance in Tesla’s share price . These options would be worth $ 28 billion today.

Options expire in August of next year. However, to execute them, Musk has to pay taxes. Combined, the state and federal tax rate will be 54.1% . So the total tax bill for your options, at the current price, would be $ 15 billion, according to CNBC. 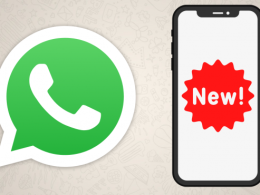 5 News Coming To WhatsApp In The Coming Months 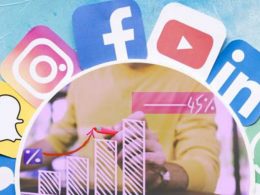