An expert in sports science is calling for a radical overhaul over the delivery of PE lessons in UK primary and secondary schools following new data indicating a significant rise in childhood obesity.

Limited sporting opportunities, a lack of staff training, poor changing facilities and COVID-19 have all contributed to some of the poorest levels of health on record for children and young people, explains Dr Kiara Lewis, Head of University of Gloucestershire’s School of Sport and Exercise.

“Studies have shown that for girls in particular, PE lessons are often a source of distress which leads to them skipping lessons or missing out on school altogether.

“The recently-published National Child Measurement Programme, England – 2020-21 from NHS Digital confirms the highest annual recorded rise in obesity rates for both reception-aged and year 6 schoolchildren during 2019-20 and 2020-21.

“In addition, a new government-commissioned research report examining how schools responded to the impact of Covid in the last academic year found that 56 per cent of primary, and 37 per cent of secondary schools said they had reduced hours for certain subjects, particularly PE.

“As part of my own ongoing research, I have also spoken to secondary pupils who reveal that the idea of competitive sport can be a real worry. Children who are good at sport want those less able ‘out of the way’, while those who are less skilled resent being made to compete.

“They also feel less ‘liked’ by their PE teachers and more sporty classmates, while other concerns for boys and girls are ill-fitting or inappropriate clothing, and a lack of privacy when changing.”

However, this doesn’t mean it is game-over for PE, added Dr Lewis. “Just because a child doesn’t look forward to PE lessons doesn’t mean they never will,” she said. “Some simple adjustments can make exercise much more enjoyable for the majority.

“If teachers shout or criticise poor performance, it can damage the confidence of even the most skilled players. Instead, PE lessons should be about making sure all children enjoy them and take part.

“Other beneficial changes can involve giving pupils a say in what sporting activities are available – why not rock climbing or trampolining for instance? They can also be given the opportunity to design their PE kit and reorganise changing rooms.

“Being physically active is extremely important for children and young people, so how, when, and at what level they do it should primarily be their choice. It is also helpful if there are opportunities to take part in activities they like outside of school, like a family bike ride or swimming.

“Some of my most recent research shows that when children become more confident in physical activities out of school, their confidence in school PE also increases.

“PE should be an everyday part of school where pupils can interact, work together and get some vital exercise. As it is, children spend far too many hours at school sitting down. The precious little time they have available to move about should be spent doing something active – and which they consider to be fun.” 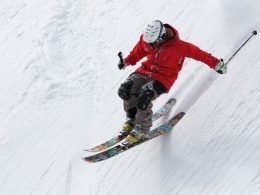 Sport and technology are inextricably linked and perhaps this statement couldn’t be truer than it is in 2020.…
byCharlotte Welton
No comments 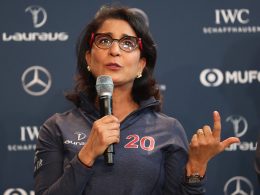 Global figures mark Day of the Girl with a challenge for the world of sport Naomi Osaka, Billie…
byCharlotte Welton
No comments 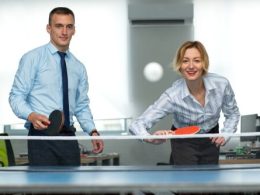 Everyone loves table tennis, but what can it do for your career? Maybe I should start by asking…
byCharlotte Welton
No comments 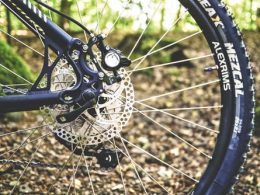 Our bikes are an important tool. Whether we use them for commuting, exercise, or enjoyment, they must stand…
byCharlotte Welton
No comments