As a business owner, one of your most important responsibilities is to focus on the key metrics that measure your business’s growth, results and success.

Two metrics are highly important for businesses: turnover, or revenue, and profit. Both provide an illuminating look into how a business is performing from a financial perspective, albeit from very different angles.

Whilst turnover measures the total amount of income a business is generating, profit measures the amount that’s left over after accounting for expenses, debts and other costs.

Although turnover is sometimes dismissed as a vanity metric, the reality is that both metrics are highly valuable for business owners and, for different reasons, should both play significant roles in your decision making — a topic business finance expert Neil Debenham explains below.

Turnover, or revenue, measures the total amount of income that a business generates from the sale of goods and/or services.

For example, a bakery that sells £20,000 worth of baked goods, drinks and other products over the course of a month has generated £20,000 in turnover. Put simply, turnover is the income of a business before any and all expenses, debts and other costs are deducted.

Profit is the amount of income that’s left from a company’s sale of goods and/or services, after expenses, debts, taxes and other costs are deducted. In simple terms, profit is turnover after a company’s expenses are accounted for.

So, which is more important?

Like with many questions related to business and finance, there’s no one-size-fits-all answer. Turnover and profit are both important for a business, making it important to pay close attention to both metrics as a business owner, company director or investor.

In some cases, a company’s profit is the most helpful measure of its financial health. In others, turnover offers more insight into the company’s true financial situation.

For example, imagine a newly-founded company that’s growing rapidly. The company brought in £500,000 in turnover during its first year of business, then increased its turnover to £2 million for its second year. In its third year, it’s on track to generate more than £15 million in turnover.

Despite this incredible turnover growth, the company isn’t yet profitable. In fact, it’s lost a small amount of money every year that it’s been in business.

Looking only at profits, this company doesn’t appear to be financially healthy; however, this is a classic example of profits not telling the entire story. To fuel its growth, the company is spending a significant amount on new hires, technology and other things, all of which reduce profits.

In the future, the company might not just turn a profit, but generate a significant profit due to the large amount of turnover that was reinvested into growth and the benefit of economies of scale.

On the other hand, imagine a company that’s already a decade old. It generates £1 million each year in turnover and £250,000 in profit. It’s generated roughly the same amount of turnover and profit for the last five years, all with relatively little growth.

From a profit perspective, this business looks financially healthy. However, from the perspective of an investor concerned with growth, it may not look as appealing as the first company, despite its consistent ability to generate a profit.

Although turnover and profit are often compared to each other, the reality is that both measure important, closely related aspects of a business’s financial health. In spite of this, no one metric is more important, valuable or accurate than the other, concludes Neil Debenham.

For some businesses, growth in revenue is a better signal of value than consistent profits. For example, a loss-making business that’s growing fast may only be unprofitable as a result of its temporary operating costs, not because it’s a bad business.

Likewise, while a profitable but slow-growing business might look appealing, its small size and lack of growth may lead to problems, particularly from competitors, in the future.

Just like other business metrics, turnover and profit are tools in your toolkit. Use them correctly and you’ll be able to identify opportunities and operate a financially efficient business that stays ahead of its competition. Neil Debenham www.neildebenham.com 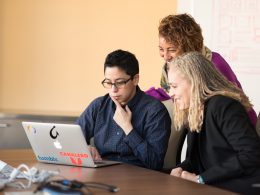 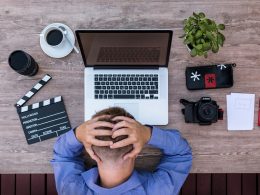 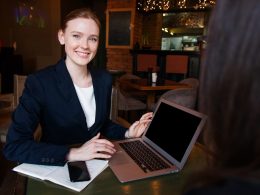 There Are 4 Key Points for You to Follow to Be a Leader, Not a Manager

Managing a team of people comes with a new level of responsibilities. But have you ever considered the…
byCharlotte Welton
No comments