With EU farmers still reeling from the summer’s crippling, 500-year drought, experts have warned that climate change could make these extreme weather events commonplace by 2050 should we fail to act today. Researchers from the European Drought Observatory (EDO) emphasise the dire impact that frequent droughts will have on European agriculture, while fuelling catastrophic wildfires such as those seen in recent months.

The Mediterranean region faces a particularly severe threat, with the EDO cautioning that it “will become problematic when it comes to agriculture.” Given the protection that Mediterranean diet staples provide against Europe’s obesity and cardiovascular disease epidemics, public health across the continent is at risk, while the healthy food pillar of the EU’s “Farm to Fork” strategy could make matters worse.

To shield Mediterranean agriculture from crippling droughts and preserve its health benefits while tackling climate change, the EU should instead focus on driving agricultural innovation, including precision farming and new breeding techniques.

The Mediterranean region’s crops, including cereal grains, legumes and vegetable oils, play a key role in supporting healthy, nutritious diets in Europe and overseas, but they have been hit particularly hard by this year’s droughts.

While the worst of the summer drought has now passed, EU Commission researchers predict unusually warm and dry weather in the Western Mediterranean region until November, with Portugal, Spain, France and Italy all in the line of fire. Maize yields are expected to drop by 16% relative to the five-year average – much of which is grown in southern France – fuelling a problematic shortage of livestock feed for dairy farmers already struggling to feed their cattle in drought-parched grazing pastures.

In Italy, farmers have projected a 30% slash of rice production, while France’s crucial wheat yields face a 4% and 14% dip for soft and durum wheat, respectively, and soybean production across the continent is forecasted to plummet by nearly 10%. But the crown jewel of the Mediterranean diet – olive oil – has been dealt a truly devastating blow. Spain, the world’s largest olive oil producer, is looking at what Mintec pricing analyst Kyle Holland has predicted will be a “dramatic reduction” of between 33% to 38% for the October harvest, with Italy and Portugal facing similarly dire drought-induced losses.

Farm to Fork fanning the flames

Adding to this natural disaster is an ill-conceived bid by officials in Brussels to tackle obesity and unhealthy diets. The EU is currently considering options for a bloc-wide Front-of-Package (FOP) food labelling system – which provide shoppers with user-friendly nutritional value information – as part of its healthy, sustainable food strategy, “Farm to Fork.” However, the France-backed Nutri-Score threatens the Mediterranean agri-food producers that it should be supporting.

Rather than using a simply informative model, Nutri-Score grades agri-food products on an A-to-E, green-to-red scale using a scientifically-flawed algorithm based on sugar, sodium and fat contents per 100g/ml serving. This one-size-fits-all approach fails both in evaluating products based on appropriate serving sizes – as Dr Francesco Visioli has highlighted – and in capturing the vital nutritional contribution of certain Mediterranean heritage foods, like Greece’s olive oil, Italy’s mozzarella cheese and Spain’s jamón ibérico, which receive unfairly negative Nutri-Scores ranging from “C” to “E.”

These poor Nutri-Scores risk pushing consumers away from nutritionally-rich, locally-produced Mediterranean foods while giving a boost to ultra-processed foods – whose industrial producers can alter their formulas to receive misleadingly high scores – and exacerbating the financial challenges facing drought-hit Mediterranean producers. And contrary to its proponents’ claims of scientific validity, Dr Ramon Estruch has criticized Nutri-Score’s failure to factor in the broader nutritional benefits of proteins, minerals and vitamins, while Dr Visioli has emphasized that its focus on “individual foods and nutrients rather than the concept of diet” is at odds with the “recommendations of the vast majority of nutritionists.”

A dietary tradition worth saving

Given the well-established health benefits of the Mediterranean diet, any EU agri-food policies must avoid undermining the region’s staples. This highly balanced, varied and nutritious diet that combines high intake of vegetables, cereals and legumes, moderate consumption of dairy and meat, and olive oil as the key source of fat, has been found to reduce the risk of epidemic-level non-communicable diseases like heart disease and obesity. To protect this crucial diet and culinary tradition in the face of rising disease and medical personnel shortages, Brussels should instead support innovative agricultural technologies.

Through the use of gene editing techniques, such as CRISPR-Cas9 – the latest and most powerful new breeding technique (NBT) – farmers can cultivate genetically enhanced crops resistant to drought and other threats while helping to decarbonize the agricultural sector. Crucially, CRISPR and other NBTs are highly accurate, significantly reducing the risk of unintended modifications of crops’ genomes, which is what critics of genetically modified organisms (GMOs) focus on. Recognising their potential, the US has begun to relax NBT regulations to accelerate their roll-out, and the EU should follow suit.

To further boost agricultural productivity and crop quality in a sustainable manner, the EU should also support farmers across the bloc in incorporating precision farming. This innovative agricultural practice capitalizes on modern technologies including satellite imagery, drones and ground sensors to monitor crop health and evaluate exact amounts needed for key inputs like water and fertiliser. With this enhanced data, farmers are able to significantly boost efficiency, growing more with fewer resources.

As the effects of climate change become increasingly apparent, Mediterranean agriculture is set to bear the brunt of the storm. To protect the Mediterranean diet and its producers from devastating droughts, as well as misleading healthy food policies, Brussels should lead an EU-wide effort to ramp up the use of innovative agricultural practices, such as precision agriculture and NBTs, which have emerged as promising solutions for boosting productivity under difficult conditions while supporting the green transition. 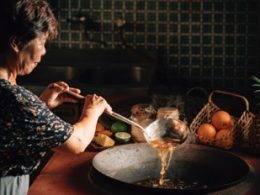 From the first store in native Taiwan that was inspired by Grandma Yifang’s pineapple water recipe, her legacy…
byCharlotte Welton
No comments 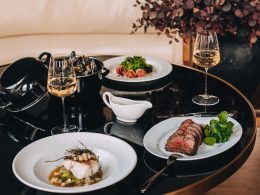 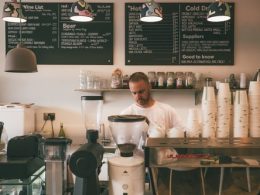 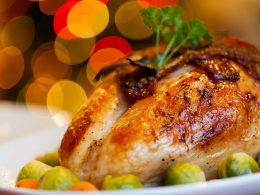 ‘That’s summer over for another year’, is undoubtedly one of the most homogenous, repeated phrases amongst Brits from…
byCharlotte Welton
No comments