WHEN Selina Gonzalez became pregnant at the age of 17, her aspirations of becoming a solicitor were put on ice.

But a determined Selina, now 38, didn’t give up on her dreams and has juggled seven years of studying law with raising three children to realise her ambition of being admitted to the Roll of Solicitors of England and Wales.

Landing her dream job working as a Dispute Resolution solicitor for Cartmell Shepherd Solicitors, Selina’s progress is a shining example that rewarding careers can be fitted around busy home lives.

Selina said: “I had always wanted to get into law ever since I was young but after my first child was born my career took a back seat.

“There were many late nights studying and then early mornings which involved getting the children to school before going to university, but it has all been worth it.

“It has had its challenges but if you have a passion for something and you’re determined to make it work then anything can be achieved.

“Overall, it’s been a very positive experience and I’m really happy that I now get to do what I always really wanted to do as my job. It’s never too late to learn.”

When her children were younger, Selina worked in a series of retail, NHS and office roles.

In 2012, she returned to education and completed AS Levels in Law and English Literature at Trinity School, in Carlisle, before moving on to gain an Access to Higher Education Diploma at Carlisle College.

Selina was driven to go further and she studied Law at the University of Cumbria for the next three years. Not only did she achieve First Class honours, but she impressed so much that she was awarded two Student of the Year awards at graduation.

After university Selina was awarded a training contract at Cartmell Shepherd Solicitors, which has six offices throughout Cumbria and Northumberland. Selina continued her studies, combining the requisite Legal Practice Course with a Masters degree at the University of Central Lancashire before joining Cartmell Shepherd in September 2019.

On successful completion of her training and studies, she was recently offered a permanent position in Cartmell Shepherd’s Dispute Resolution team.

Selina said: “It’s a huge relief to finally finish my studies and it was such a good feeling to be offered the job by Cartmell Shepherd Solicitors because there is nowhere else I would have wanted to work.

“When I was offered the training contract with Cartmells, I was delighted because it’s such a competitive field, so I feel fortunate to have been given the opportunities to progress.

“The firm as a whole has been absolutely brilliant and I couldn’t have asked to be part of a more supportive team.

“I feel honoured to be working at such a great company in a field of law I find so interesting. Dispute Resolution covers such a wide range of issues, for example contentious probate, contract disputes and landlord and tenant disputes with lots more in between, and I love the variety of the job.”

Director Mark Aspin, Head of Dispute Resolution at Cartmell Shepherd, has played a key role in developing Selina’s skills over the past two years.

He said: “It’s been a pleasure to supervise Selina throughout a significant part of her training contract and I’m delighted to welcome her to the team on a permanent basis.

“Selina brings a natural aptitude to the profession and her life experience allows her to relate to clients in a wider variety of situations, all of whom will no doubt be quickly impressed by her abilities when they speak to her.”

Cartmell Shepherd Solicitors has more than 40 solicitors who bring specialist expertise to individuals and businesses across a wide range of sectors. The legal firm has offices in Brampton, Penrith, West Cumbria, Haltwhistle and two in Carlisle. The team can be contacted on (01228) 516666.

Photo: Selina Gonzalez who is a Dispute Resolution solicitor at Cartmell Shepherd Solicitors 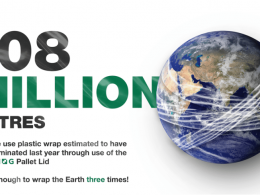 Loadhog has experienced increasing interest in its line of eco-friendly pallet securing products. The company is currently working…
byCharlotte Welton
No comments 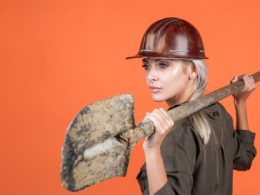 The Impact of Negative Manual Labour Stigmas on Employment

Construction and labour contributes to a huge portion of the UK’s economy and workforce, with the government estimating…
byCharlotte Welton
No comments 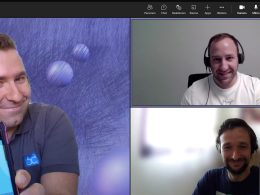