Conflans-Sainte-Honorine – the municipality of 35,000 inhabitants 50 kilometers from Paris, where the Seine and Oise rivers converge and known because for years it had Prime Minister Michel Rocard as mayor – woke up this Saturday with a feeling between horror and fear. unreality. A history and geography professor, who had taught about freedom of the press and the Muhammad cartoons in Charlie Hebdo magazine , was found beheaded near the Collège du Bois-D’Aulne, where he taught. The first blow of Islamist terrorism to the temple of the Republic that is the school fell in a city without violence or prominent social conflicts, one of those places where nothing ever happens and life usually runs smoothly.

Nine people have been arrested in connection with the beheading, on Friday in this same town, of Samuel Paty, a history and geography teacher at the Collège du Bois-D’Aulne, a secondary school surrounded by fields for playing sports and in a middle-class residential neighborhood at the edge of the city. Of the nine detainees, four are relatives of the terrorist, a man identified as Abdoullakh Abouyezidvitch A., born 18 years ago in Moscow and of Chechen origin, who lived in the town of Evreux – 80 kilometers from Conflnas – and resided legally in France. as a refugee, according to the anti-terrorist prosecutor Jean-François Ricard. He had no criminal record and was not listed in the suspect records. Among the other five is the father of a student who, in the days before the attack, agitated social networks with messages against the teacher, reported him to the police and demanded his expulsion.

In a country unfortunately accustomed to Islamist attacks – the massacre in Charlie Hebdo and a Jewish supermarket in January 2015, now on trial in Paris, and the November bombings of the same year at the Bataclan nightclub and elsewhere of the capital – the beheading of Conflans-Sainte-Honorine has a different character. For the first time, terrorism hits the heart of the Republic, which is the school. And for the first time the victim is a teacher doing his job: educating future adult citizens. “They will not pass,” promised the president, Emmanuel Macron.

“It has happened in Conflans, but it could have happened anywhere in France.” Jeanine Vinouze, a retired director of another school in the city, a former Socialist councilor at City Hall and a neighbor of the neighborhood, her hands and legs tremble as she speaks. “At first I thought there had been an accident. Then I realized. When I understood that I was a teacher and in front of the school … It is unimaginable, inconceivable.

The mystery, and the reason for a heated debate in France about the conditions that lead to terrorist acts, how a controversy between parents and students, and a campaign against a teacher for doing his work, ended in a crime that rekindles the nightmare of jihadist attacks in recent years in France. The investigation must determine how the terrorist, who was not a student at the school, focused on Paty and how he managed to locate him.

The professor had received threats. Before committing the crime, the terrorist waited outside the school and asked some students for information about the victim. The Antiterrorist Prosecutor’s Office is investigating the case as a “murder in connection with a terrorist act” and as an “association of terrorist and criminal offenders”.

On Friday, around five in the afternoon, the professor was returning home when the terrorist assaulted him with a large knife, wounded him in the arms, head and trunk, and cut off his head. The police, alerted by a neighbor, came immediately. The murderer had time to take a photograph of the body and spread it on Twitter with a message that claimed responsibility for the attack. The agents urged him to surrender and, upon his refusal, fired. The terrorist was killed by police shooting.

Samuel Paty was what the early 20th century writer Charles Péguy called the “black hussars” , the soldiers with chalk and blackboard who carried to every corner of the nation the values ​​of liberté, égalité, fraternité , inscribed on the facade of this and all the schools of the Republic.

The students who came to school this Saturday to lay flowers in memory of the teacher or to speak with psychologists, remembered him — the verb remember still seemed strange to them: they had seen it less than a day before — with gratitude and emotion. “He was someone smiling and cheerful, close to the students and proud of them. He always encouraged us to do better, ”says one of the third-year students, Elinor Do Nascimento, 14.

Friday was the last day of class. Third year students at the Collège du Bois-D’Aulne in Conflants-Saint-Honorine were preparing for the two-week All Saints holiday. In the third-year class of Professor Samuel Paty they discussed various issues. Of the inequalities between rich and poor countries, and also of the Second World War. Monsieur Paty’s classes were like that. It connected different themes, explains Do Nascimento. “He wished us a good holiday and told us that we would see each other when we returned to school.” 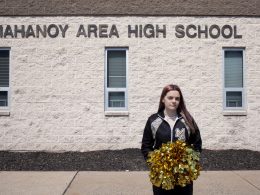 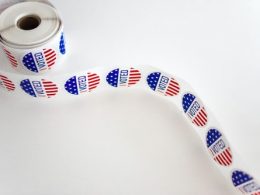 In New York, at 3 November 2020, brother of George Floyd, Terrence Floyd waits to speak at a…
byadmin

They say that legends don’t die. If he won days for every time they tried to kill him…
byadmin

The chance of spread of coronavirus is increased by meeting between Brazilian counterpart, Bolsonaro and President Donald Trump…
byadmin