Twitter is neck deep in water in India . The social network and the ultra-nationalist government of Narendra Modi have been immersed for months in a confrontation over content moderation that has intensified this week and that is jeopardizing freedom of expression in the most populated democracy in the world.

The conflict stems from a new law that gives New Delhi more powers to control what is said on the Internet , singled out by digital activists as a danger.

The regulation , approved in February but which came into effect on May 25, obliges technology companies to restrict the publication of certain topics, to comply with government orders on the removal of content and to identify the authors of “malicious information ”. If they refuse to do so, the employees of these platforms are exposed as criminally responsible.

Technology Minister Ravi Shankar Prasad accused Twitter of having chosen “the path of deliberate defiance” for refusing to implement some government orders. Those orders called for the blocking of up to 500 accounts, including those of journalists , activists and opposition politicians. Several reporters were arrested and charged with sedition in February for reporting on a massive mobilization of farmers critical of the country’s agricultural laws that caused episodes of violence.

Internet hit
The escalation of tension took a new leap this Wednesday. The “unintended consequences” with which the Modi government had threatened Twitter for refusing to follow its orders materialized in the announcement that Twitter had been stripped of its status as a platform, making it criminally liable for the published content there.

Thus, Indian law breaks against one of the fundamental principles of the internet : these digital spaces are not media, but platforms, which means that they are not responsible for what is shared on them. This pillar, specified in section 230 of the Communications Decency Act of the United States of 1996, has allowed the growth of social networks , since it protects them from lawsuits. Something that New Delhi seeks to reverse.

The government accuses Twitter of breaking the law. Twitter points out that this order comes from a ministry, not the courts, so the executive’s law may be violating basic principles of the Indian rule of law such as freedom of expression.

Voltage escalation
In recent months, Twitter has taken steps to adapt to the new law, which gives it a 36-hour window to remove content reported by a legal or administrative order. The social network has blocked critical accounts with land reform as the rapper Jazzy B . However, the refusal to silence journalists and activists has doomed the platform. “It’s a very difficult balance to draw,” Vijaya Gadde , Twitter’s chief legal officer , said last week .

The social network asked the Indian executive for three months of margin to be able to comply with the new regulations, but the day before its application, police officers searched their offices. The reason? Find out why Twitter had labeled a tweet from a member of the Government party about the coronavirus as “manipulated information” .

“We are concerned about the possible threat to the freedom of expression of the people we serve (…) and the use of intimidation tactics by the police,” the social network tweeted. Indian journalistic associations also denounced the government’s attack on free expression.

Free expression, in check
India’s government has spent months trying to control the information posted on social networks in relation to the pandemic of covid-19 , especially virulent in the country . In April, the Modi men threatened Twitter, Facebook and Instagram workers with prison terms if they did not follow their orders. Twitter then blocked more than 500 accounts . WhatsApp filed a lawsuit against New Delhi claiming that the law was illegal and opened the door to ” mass surveillance .”

Although the denunciations of the technology companies may be ironic, critics and legal experts from multiple countries have pointed out that Indian legislation can violate the digital rights of users, restrict their freedom of expression and force them not to speak out on social networks for fear of reprisals .

For years India has been an attractive country for US tech giants that have been deployed in the territory, something that the new legislation is reversing. The Indian Constitution prohibits expressions that threaten “the sovereignty and integrity of India, state security, friendly relations with foreign states, public order, decency or morals, or in connection with contempt of court, defamation or incitement to a crime “. 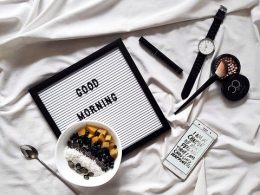 Instagram, The Number 1 Network For Beauty Brands And Influencers 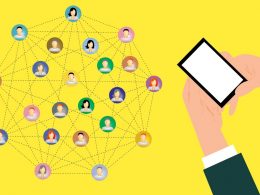 A social media target audience is a group of individuals who are focused to be approached. This can…
byCharlotte Welton 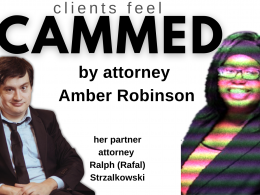 Zero risk does not exist and if there is something that the coronavirus likes, it is social interaction.…
byadmin