It is hidden from anyone, even among bullfighting people themselves, that the bullfighting festival – as it is known today – has two news programs left. Very serious fans, with great common sense in their heads, acknowledge with deep pain, in public and in private, some have done so in this newspaper, that their grandchildren will not enjoy as they do the emotion that can arise in the fight between a bull and a bullfighter.

And that danger is there despite the fact that bullfighting has demonstrated quasi-ecclesial strength throughout its already long history. It has gallantly resisted prohibitions from the highest earthly levels, from the Papacy of Rome to the Spanish monarchy, and has navigated victoriously amid acidic intellectual controversies, coming out on the shoulders of the left and the right, stoically enduring insults of all kinds.

But it is not at all clear that it can withstand the merciless attacks that the bullfighting festival inflicts on itself, and the volleys it suffers from that well-thinking dictator of the politically correct that social networks lead and follow those who are convinced of his moral height in this world wrongly and unfairly divided between good and bad.

A few days ago, Twitter closed an account of a follower of the bullfighter Morante de la Puebla for promoting “sadistic pleasure”, by including images of a crutch task and a third of the flags of a bullfight by the Sevillian right-hander in Algeciras.

And there were many anti-bullfighting people who celebrated the decision while the sector, with the exception of a note from the Toro de Lidia Foundation, and the fans lamented, once again, at the bar counter. It is surprising, and in what way, that a society like ours that reveres, as it should be, freedom of expression raises a tip in the hole of the needles of this fundamental right that assists every human being.

“Bullfighting fans would queue at a slaughterhouse and not in a plaza if they were refined sadists”
As if this were not a sufficient reason, which it is, Twitter is above Spanish law – the bullfighting festival is not only a legal activity, but is recognized by law as cultural heritage – which does not seem to matter. too much to bullfighting enemies, who forget that democracy implies accepting the decisions of popular sovereignty even if, at times, they do not coincide with their ideas.

But there is something more and more serious: Twitter stands at its own risk in Mandarin of morals and establishes that Morante’s images promote “sadistic pleasure.” Who is Twitter, no matter how foreign and private company it may be, to establish that bullfighting fans are cruel torturers who enjoy refined fighting and the death of a bull? And what is worse: why do the antis admit it, who confess to the four winds staunch militants of freedom of thought?

The bullfighting festival may or may not be liked, an opinion is as respectable as the opposite. What is unacceptable is that those who feel better people for not going to a square call the act of sitting on a stretcher sadism. Of course, detaching oneself from the bullfighting festival is what political correctness orders today: it is not well seen to be a bullfighter.

Mascotism is fashionable today (one in three Spaniards in 2014 gave more importance to their dog or cat than to their friends, according to a study by the Affinity Foundation); videogames, where our children learn to kill others in a thousand different ways; movies and series, in which violence and the lowest instincts are exposed to the surface … But video games are considered as healthy fun for children and adults, and the images on the screen are products of artistic inspiration.

By the way, mascotism is a big world business. In December 2016, El País Semanal published a report that said that “the tendency to treat companion animals as children promotes an industry that last year had a turnover of more than 100,000 million euros only in the United States, Europe, Latin America and Japan; and Europeans spent 30,000 million euros on their pets, half on food, and the same on care, medicines and services ”.

Is there a relationship between this handful of millions of euros and the growing animalistic trend so fashionable in modern society? It is true, on the other hand, that the number of spectators attending the bullrings has been significantly reduced, and that this festival is no longer among the first leisure options, as it was in the days of our grandparents.

“If Twitter and some of its followers were fully aware of the concept of freedom, they would avoid the insult”
But whoever claims that the main cause is that those who have left have done so because they feel ashamed before the fight and death of a bull are wrong. If Spanish society had reached that high level of moral conscience, it would not admit in any way much more serious and pernicious excesses for the human being.

The bulls have lost public, fundamentally, (here is a model of self-destruction) because their mentors have turned the exciting bullfighting into a long, boring, predictable, monotonous, stale show, lacking spark and surprises, in which the protagonist has left of being a handsome, haughty and powerful animal, and offers himself as a caricature of himself, sickly, obedient and pitiful.

And even so, it continues to be the center of interest for a few million Spaniards, among whom political tendencies, economic levels and professional diversity are mixed, and they are united by the search for emotion and the passion for a mythical animal, born and raised for fighting. If bullfighting fans were refined sadists, they would line up at a slaughterhouse and not in a bullring.

If Twitter and some of its followers were fully aware of the concept of freedom, they would avoid the insult. The bulls will end, of course they will, but not because of the moral cause that those who seem more occupied in animalistic causes than human, but because of the ineptitude of the bullfighting and the indifference of the fans. 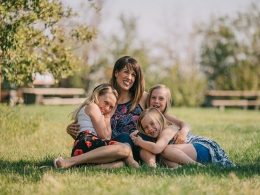 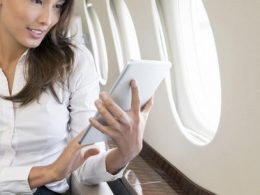 Airplane Magazines Are Disappearing, And Their Advertising Too 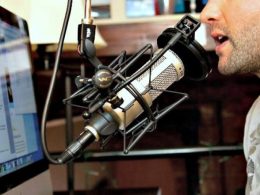 Is YouTube Also Trying To Conquer The Podcast Market?

First, YouTube opened up a new market, establishing short videos and serving as the key to laying the…
bySadie Pinkington
No comments