Lorenzana Accuses The Government Of “Disloyalty” In The Vestas Crisis

“It is not supporting anything the monitoring of the search for a buyer for Vestas or the works council. The summation came last Wednesday, when a meeting was called and the ministry did not appear. I do not understand it,” the councilor has censured. in an interview with Cadena Ser and collected by Europa Press.

Regarding the industrial crisis led by companies such as Vestas or Alcoa, Lorenzana has defended the role played by the Xunta de Galicia, with “constant and continuous support to the social part”, “vigilant in terms of negotiation”.

The head of Emprego, who sees “bad faith in the negotiation”, recalled that, in the case of Alcoa, the Xunta made 10 requirements, “the basis for the annual ERE”, and with Vestas, has indicated that already have submitted three. “We are observing a disastrous negotiation”, has opined Lorenzana, who has also requested “more time.”

“We are actively looking from the Igape (Galician Institute for Economic Promotion) for a buyer for Vestas. We believe we can find him but we need more time. From the industrial table that I preside, I have always asked the company for more time, but it wants to close the collective dismissal process, “he explained.

Lorenzana understands the “complicated” situation faced by workers, who must decide whether or not to agree to collective dismissal “when they do not know what the future will be like.”

The Minister of Entrepreneurship has also commented on the future labor reform for which she has requested “coordination” between Ministries and Vice Presidencies and “social dialogue”. In addition, the main aspect that Lorenzana criticizes is the lack of “stability for the self-employed and companies regarding the legal labor situation.”

“The reform that is made, must be done in a coordinated way and with safe steps. For a businessman to hire, he has to know in what terms he contracts,” said the councilor, which affects “misgovernment or absolute lack of coordination.” between state departments.

Lorenzana has indicated that “contacting” the Autonomous Communities could “contribute” to the text of the reform, which they do not know, he emphasizes. Thus, he insists on dialogue with the regions so that “what happened on other occasions is not repeated” as with the Rescue Plan for the self-employed and companies, managed by the Ministry of Nadia Calviño, of which he has reproached his “delay”.

“That money arrived very late and with some requirements that showed the real ignorance of the Galician productive fabric,” he recalled.

On the other hand, Lorenzana has defended the behavior of the labor market in Galicia, as well as the unemployment data. Thus, the councilor has indicated that the Galician is the only Community where unemployment fell for eight consecutive months and has emphasized the drop in year-on-year unemployment, “which exceeds the interannual average of the State.”

In addition, he highlighted that the total number of affiliations from before the start of the pandemic has already recovered and that the data from the EPA for the third quarter show a drop in the unemployment rate to 10% compared to 14.75% in the state. Regarding the rise in unemployment last October, Lorenzana has qualified that it is an increase of 0.65%, “the lowest rise in the entire historical series.”

“The sectors most affected by the pandemic – such as services – have recovered extraordinarily well,” he stressed.

Finally, questioned by the lgtbiphobic violence, the Igualdade regional minister did not want to “point” towards the messages sent by political groups in a possible increase in this type of violence.

However, Lorenzana has insisted on “not letting all this go by for a second” and has asked to continue “raising awareness among citizens and sensitizing them, especially young people.” In this regard, he announced that the Department has signed an agreement with the College of Journalists to “try to mark the lines of training and awareness from the media.” 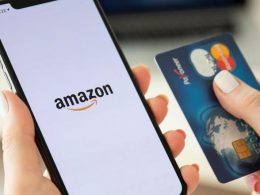 Record Fine For Amazon In Europe Of 746 Million Euros

The European data protection law, the GDPR, generally known by its acronym GDPR, became a kind of potential…
bySadie Pinkington
No comments Twitter has announced the launch of Safety Mode, a new option that uses algorithms to prevent us from…
bySadie Pinkington
No comments 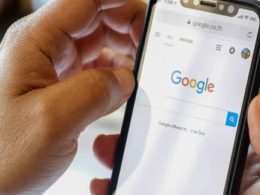