The boom in streaming content and the VoD market has raised new players in the content industry, created new market wars and has also modified the power of television. But also, and transversal to all this, it has completely changed how we access content and what we expect from it.

The latest installment of the Emmy Awards, which has just presented its nominations, has confirmed the cultural change. As they explain in The New York Times , in any case it will be the night of the streamers.

The Mandalorian , from Disney +, has achieved a nomination in the category of drama series (considered “the” category and whose presence became one of the big surprises) and Apple TV + has managed to sneak in the actors of The Morning Show .

But, although it is much less glamorous and much less visual, perhaps the most notable change in how the power of streaming has changed audiovisual culture and the way we consume content is in theaters and at the end of traditional marketing windows.

Until a few years ago, the windows were immovable, one of those things that when studying something related to audiovisuals, teachers ended up pointing out. First-run movies went through several stages, beginning in the cinema and culminating on free-to-air television (about two years later). The consumer had to wait patiently or pay to see those premieres in other spaces.

The end of the windows for the premieres
Streaming blew up those windows. Netflix and company produce great movies, movies that they want to serve their users as soon as they are released. However, to be able to participate in the great award seasons and win nominations and great awards (for example, the Oscars), they need to go through theaters and premiere there exclusively.

The battle was in how long they had to go through the cinemas before reaching streaming (Prime Video gives more time, Netflix only a few weeks) and those battles and tensions made the traditional film industry very critical of streaming platforms (And perhaps for this reason too, despite multiple nominations, those streaming movies haven’t managed to win “big” prizes at the big movie awards).

The coronavirus crisis has blown up all these wars. The coronavirus closed theaters and even when it has allowed them to open again, in the new normal, the big studios do not want to burn their titles.

In the first months of the crisis, Hollywood occasionally resorted to streaming, creating a virtual cinema. What they found was that the model was very profitable and that they paid off very well. Months later, the model change seemed imminent, despite pressure from the traditional industry and the big movie chains. Studies pointed out that younger consumers wanted this type of service: they wanted film studios to launch their premieres also in streaming to see them from their homes and whenever they wanted.

The exclusive premiere in cinema drops to two weeks
And now the end of the traditional model could have definitively begun. An agreement between a Hollywood giant and a chain of cinemas could be the starting signal for this change. AMC, the giant of the cinemas in the USA, had come to the step when the directors of Universal began to indicate, already by April, that the good results of the rental in streaming had pushed them to value the continuity of the model.

The chain of cinemas was completely against and announced that it would consider stopping broadcasting films from that studio (which for Universal was very bad news: AMC is the largest chain of cinemas globally).

However, now, and as The Wall Street Journal has just published , they have reached an agreement, one that completely blows up the traditional windows of film marketing and distribution. Until now, between hitting theaters and renting online, Universal had to wait 75 days (about two and a half months).

Now, you will only have to do it 17 days, about two weeks. Therefore, two weeks after its theatrical release, it can also be released on the digital rental channel. Of course, the chain of cinemas has also created its own cinema-on-demand platform, to also get a slice of this marketing channel, and has taken a percentage of what Universal earns from platforms such as Apple TV and Amazon.

The model will be exported to other markets: Universal and AMC have already confirmed that they are negotiating how to work the distribution strategy in Europe and the Middle East. And above all, two heavyweights making this decision could become simply the first step to a deeper change in the industry. 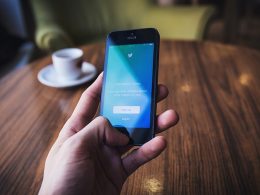 Introduction: When you search for one of the powerful social media platforms for your small business in 2021,…
byCharlotte Welton
1 share
1
0
0
No comments 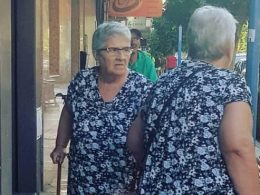 Barrage of memes on Twitter with the hilarious image of two old women in the same dress: “A…
bySadie Pinkington
No comments 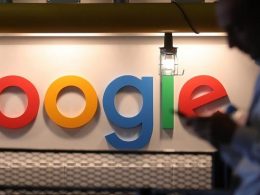 Is it possible to imagine a world without Google? Your competitors have done it, many times. Imagine, they…
bySadie Pinkington
No comments