Recently, Apple announced the launch of iOS 14.5, which has been met with its fair share of controversy. The update launched at the end of April allows iPhone owners wearing a mask in public to use their devices more easily, but also contains a controversial ‘tracking’ feature. This news has sparked much speculation about the eagerly awaited iOS 15.

Of course, we won’t know for sure what Apple has planned for iOS 15 until it is unveiled at the Worldwide Developers Conference 2021 (WWDC21), which is happening online from 7th to 11th June this year. Until then, all we can do is guess what we might get with the next major release of iOS.

Here are just a few things that iOS 15 could include, as suggested by rumour or simply ongoing tradition.

As with previous versions of iOS, iPhone users can realistically expect more privacy protections with iOS 15, which should therefore help to keep data of these users safe.

A Bloomberg report has sparked rumour that iOS 15 will include an option to set automatic replies for messages in accordance with the user’s status. This is currently available as an auto-reply feature for when users are driving.

However, the new auto-reply feature with iOS 15 is set to be a significant improvement on the current feature, as its replacement will be a system-wide change for notifications. The change will be similar to the out-of-office feature commonly used in emailing.

In addition to the auto-reply feature, iPhone users can expect iOS 15 to come with a feature which allows users to set different notification preferences depending on their status, too.

Users will be able to select whether they are sleeping, working or driving, or create a custom category of their own, customising each status’s notifications accordingly. Gone will be the days of receiving work messages after hours, as you can simply switch out of work mode and enjoy the peace and quiet of your home life.

Horizon Collaborate allows you to integrate your business communications into one easy-to-use application and can be easily adapted to all working models. This means you can use your smartphone for both work and personal use whilst still categorically separating the two functions.

Finally, we can all be united in the hope that the iOS update is compatible with all of the devices we own – as, otherwise, we might have to bite the bullet and buy a new handset.

Overall, if the iOS 14.5 update is anything to go by, iOS 15 could potentially come with both innovative and problematic features. However, we are unlikely to know for sure before we get the official announcement from Apple in summer 2021. 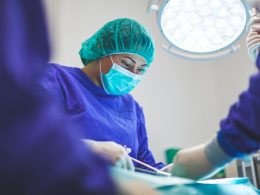 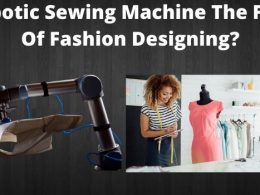 Is Robotic Sewing Machine The Future Of Fashion Designing 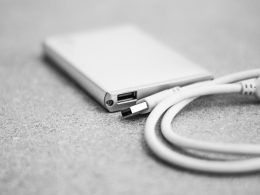 How To Easily Recover Data From An HDD Unallocated Drive

An external storage drive becomes unallocated when its file system turns corrupt. It mainly happens, when any virus…
byCharlotte Welton 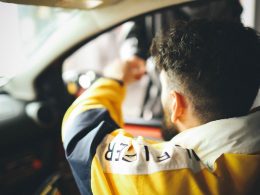 Is There An App For Toll Roads?

When it comes to toll roads, there is an app for that; all you need is to go…
byCharlotte Welton