At Vienna, last night a gunman open fired on the people. Before a coronavirus lockdown on Monday, a gunman starts a fire on people who were present in the cafes and restaurants of Vienna.

According to the authorities, two people die in the terror attack and 15 people got wounded due to fire.

After hours of the incidence, Austria’s Sebastian Kurz said that we are the victim of a disgraceful attack which results in the dead of the two people and 15 are got wounded.

He said that one of the culprits is now under our control while the rest are still not found. He said that seems like those are already well equipped with all kind of weapons.

He said all these culprits are well trained and well prepared. According to the statement of a police officer, after 8 p.m., the fire was started in the center of the city on the streets.

The shooting took place at six different locations. On the unverified footage, it is visible that man carrying a gun was moving in the center of the city in the streets.

It is seen that the gunman start firing randomly on the people in the street. So the majority of people get injured by the shot of the man.

He said that the heavily armed hundreds of police are hunted and on the search of the culprit. Karl Nehammer told the people of Vienna that people have to stay at home in such terrific condition.

He also urges parents to not send their children to outside, even to school. Karl Nehammer said that the police officer kills one of the attackers.

He said that we would never be scared of the terrorism and we will fight with the attacker in all possible ways. We will never let them spread any terror on the people.

Michael Ludwig, Vienna Mayor, told that in the attack in the Vienna 15 people are hospitalized, two are killed, and seven out of fifteen have severe injuries.

The head of the Jewish community in the Vienna, Oskar Deutsch said that they are not sure whether the main culprit is targeted.

The day when a shooting takes place is the last evening after which government has announces lockdown. So people were enjoying in the café and restaurants.

So, all the restaurants and bars were to be closed for the next time. Therefore people want to enjoy their good time outside in the streets.

Emmanuel Macron, the president of France, also tweeted that they are sorrow of the attack that happened at night.

He said that he is unfortunate on hearing the news of the attack of a gunman on the Australians people.

In a public address on Friday, Pedro Sánchez called on citizens to limit all non-essential trips and social…
byadmin 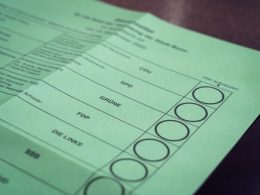 Texas already made a record by casting 9 million records in an early election which end on Friday.…
byadmin 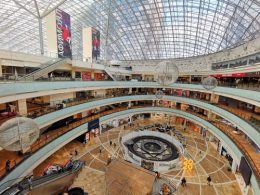