Uk To Ban Botox To Those Under 18 Due To Instagram

The United Kingdom will prohibit those under 18 from undergoing aesthetic and beauty treatments with botox after, last year alone, more than 41,000 adolescents underwent such treatments, such as lip fillers, to improve their image .

This has been confirmed by the conservative Health Minister, Nadine Dorries, in a letter to the British newspaper ‘ The Mail ‘: “The government has made it illegal to carry out such procedures for cosmetic purposes in children under 18 years of age in England.

“Beginning October 1, anyone who does so will face legal process and there will be a requirement for companies to verify a person’s age before making appointments,” Dorries said.

An ‘influencer’ ends up with “ruined” buttocks after spending more than 8,000 euros on injections of dubious quality
The minister denounces that in recent years there has been an increase in adolescents who have come to the consultations to improve their cheekbones, their eyes or their lips when “their physical and mental development is not complete” so that “no child needs cosmetic procedures unless it is for medical reasons, “he concludes.

According to the latest surveys, 80% of adolescents and young girls have thought about undergoing cosmetic surgery to improve their physical appearance and increase their confidence. And this is due, in large part, to the unrealistic models of physique seen on social media and British television.

Search for an ‘instagram face’
” There has been a boom in inquiries from children who want a so-called ‘Instagram face’, who seek cosmetic procedures such as botox and fillers to achieve high cheekbones, cat eyes or full lips, like those seen in the photos with filters posted by celebrities on social media. ” affirms the minister.

This refers to one of the latest fashions among teenagers and ‘ influencers ‘ who practically do not appear with their real face on social networks : they use filters to soften the skin, place freckles, round the lips , change the color of the eyes … which can then cause a collision with the real image of themselves that they see in the reflection of the mirror.

The increase has been such that more than 41,000 minors underwent one of these treatments in 2020 . Something possible because until new prohibition there was no type of age restriction to undergo these aesthetic processes.

Love Island: the British reality show that promotes aesthetic operations
According to ‘The Mail’, British society has blamed this boom in aesthetic operations among teenagers not only on social networks, but on ‘ reality shows’ that are based on perfect bodies , which reward the physical over any other aptitude , and that they despise any non-normative body.

The town of ‘Love Island’, in Gran Canaria.
A ‘youtuber’ breaks into the town of Mallorca where ‘Love Island’ is recorded: “I had it planned for a long time”
This is the case, for example, of Love Island , a ‘reality show’ in which a group of men and women come to look for love in a Majorcan villa. Since 2015, when the show premiered, the contestants have been increasingly operated on to the point, according to the British newspaper, that many of them did not even distinguish emotions.

Once out of the contest, some of the ‘islanders’, as they are known in the program, have dedicated themselves to promoting offers of invasive aesthetic treatments on their social networks where their target audience is, above all, adolescents.

The goal is to “protect young people”
According to Dorries, this change is aimed at “protecting young people from the possible health risks of botox and fillers, and aligns the use of these procedures with the age restrictions that apply to body modifications such as tattoos, bleaching. dental care and the use of tanning beds “

The minister believes that there is a general concern in England because ” young people do not know enough about the decisions they are making, about the risks that these treatments entail. ” For example “serious complications, including infections and, in rare cases, blindness,” says Dorries.

“Too many people have been left with emotional and physical scars after unsuccessful cosmetic procedures ,” concludes Dorries. 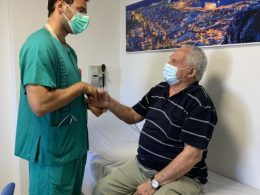 Eight out of ten doctors (81.4%) consider that the excess of information about Covid-19 leads patients to doubt…
bySadie Pinkington
No comments 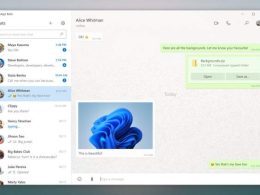 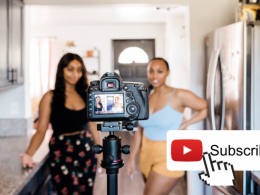