The United States of America reported  489,769 cases this week.

As we All know, Coronavirus in the United States of America has reached its height again, and we see the spike continuously moving upwards. As time has passed, people are not taking Coronavirus seriously as they should have to take it. They stopped following SOPS issued by the government, due to which the cases have increased again. During the last few days, we have seen the highest number of cases reported to date.

Increased Cases in the Maximum States:

The 44 states of the United States of America out of 50 states have shown devasted amounts of increased cases as high as 83 thousand cases per day, resulting in a disturbing and alarming situation for the People.

Immunity wears off as time passes

It is assumed, and a common myth is prevailing in society, that you never will get it again as you get the immunity once you have Coronavirus. But  According to very famous research by England that consists of 365000 people that voluntarily participated in the study, most of them had shown the decreased immunity or either their symptoms were wearing off. It means the immunity of Coronavirus is not long-lasting as it was first assumed to be. However, this study is still awaiting a proper review.

What’s In for Today.

Only six states of the United States of America, namely Virginia, California, Washington, West Virginia, Missouri, and Delaware, have shown some positivity in decreased cases. The mayor of Newark has addressed the people to close their business by 8 pm.

The death rate of Americans by Coronavirus has spiked up to 800 Americans a day again. This amount was not seen since last month. Yes, they are also on the verge of a second wave if not enough precautions are taken.

There are 900,000 cases of Covid 19 in texas. The mayor has asked the Mexican government to impose a temporary ban on citizens from texas so that  abundant travel should be avoided, resulting in fewer covid 19 cases.

New Jersey, Newark now has an 8 pm Curfew as mentioned in reports that on Monday 948, new cases have been the highest since July, in a single day.

226,995 locals in 2981 nursing homes have stated that just a week supply of PPEs amd other essential and vital for corona as protective gears and N95 masks.

Coronavirus cases are surging high in Europe, too, along with the United States of America, resulting in considerable losses to the economy.

NIH orders to stops the trials of the Elli Lilli vaccine that began practice in Hospitals. The hospitals agreed to start trials of the vaccine, but now it has been halted. A detailed report shows that the vaccine was of no use and showed no better results. Lilly analysis  showed that the vaccine wasn’t showing any negative consequences, but it was also not improving the condition of complicated patients.

Conflans-Sainte-Honorine – the municipality of 35,000 inhabitants 50 kilometers from Paris, where the Seine and Oise rivers converge…
byadmin 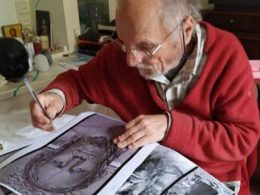 “If the health situation in Madrid is disastrous, it is not because of the feminist movement but because…
byadmin

‘10 of The Best’, an emerging search portal in the Hospitality Industry has launched its website to support…
byCharlotte Welton 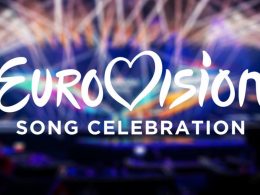 “Did you just put a line of coca?” Someone asked at the austere dinner – standards of capacity…
bySadie Pinkington